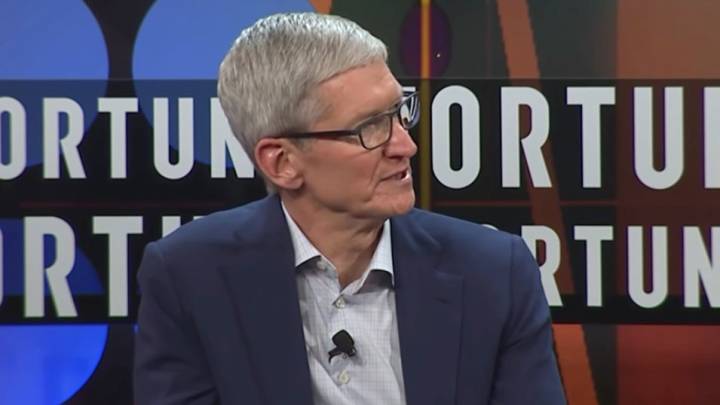 For years now, Apple CEO Tim Cook reminded the world how vital user privacy and data security are to the company. Just as it made sure that hardware and software encryption, and user privacy, were turned into a marketable feature for Apple products, Cook took direct and indirect shots at the competition whose business model is user data.

Cook’s hits at competitors intensified lately, in the wake of Facebook’s Cambridge Analytica scandal, with the exec taking apparent shots at Facebook. And Cook is back with a renewed defense of user privacy.

“We felt strongly about privacy when no one cared,” Cook said. “We could not see the specific details, but we could see that the building of the detailed profile on people likely would result in significant harm over time.”

The top Apple exec addressed an audience at the Fortune CEO Initiative in San Francisco, per Business Insider.

“People in today’s environment don’t have a full view of who has what, and how much of their lives has been open to commercial entities and public entities,” he said, without explicitly mentioning Facebook.

Facebook, meanwhile, isn’t at all happy with Cook’s statements. Mark Zuckerberg tried to fend off some of Cook’s attacks by saying that companies who charge you more for their products don’t necessarily care more about you. Zuckerberg was partially right, of course. Not all of them care about you more than Facebook. But Apple seemingly does, and Cook is ready to make a stand for privacy every chance he gets.

Cook said that privacy is a crucial issue for him, along with immigration, education, and the environment. “There’s something that we have where we can bring a point of view… and we feel we have something to offer in those spaces,” he said. The full video follows below.