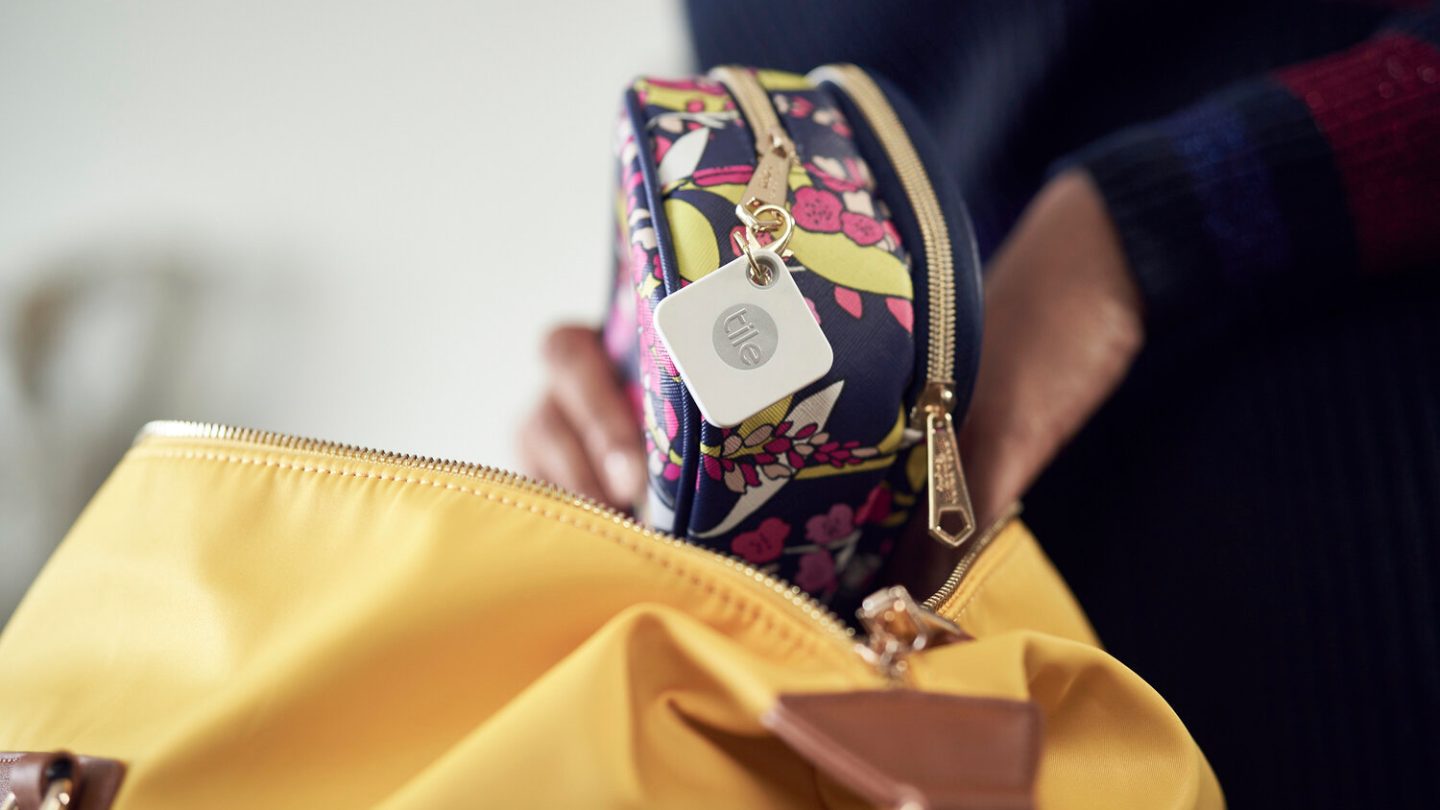 At some point this year, Apple is expected to finally release the AirTags item trackers that people have been anticipating for a while now. That’s based on a new report from the top Apple analyst in the world, Ming-Chi Kuo, with his latest report obtained by MacRumors having also rounded up a number of forthcoming Apple product details. However, the iPhone maker isn’t the only company with a lost item tracker release planned for 2021 — a new Tile tracker is also apparently on the way, one that utilizes UWB (ultra-wideband) technology to help users locate items.

This news, which comes via a TechCrunch report, also says that the new Tile tracker will use augmented reality to help users find their way to the location of any lost items via the Tile mobile app.

Based on concept art from within Tile showing how this new device will look, it seems that the tracker will look like a square with a button in the center. Like you can with other Tile trackers, you’ll be able to hook this one onto a keychain, and its flat back will enable you to mount it onto something with an adhesive.

The rumor about this new device from Tile does not include mention of a price yet, but it’s believed that the device will come with both iOS and Android support. Depending on when it does arrive later this year, as noted, it will arguably face more competition than normal, with new similar item trackers from major brands like Apple and Samsung also coming this year. Regarding Samsung’s device, images have already begun circulating of its soon-to-be-released Galaxy SmartTag tracker, which looks a bit like Tile’s with the same square-like form factor.

Images of Apple’s AirTags, by the way, have also begun to make the rounds this week in various press accounts. For now, at least, Tile is far and away the market leader in this category, having sold 26 million Tile devices as of last year. Apple’s release along these lines will certainly be watched closely, given the iPhone maker’s prominence but also because of the advantage its own device will have in working with iPhones. That’s something, in fact, that Tile complained about to Congress in early 2020.