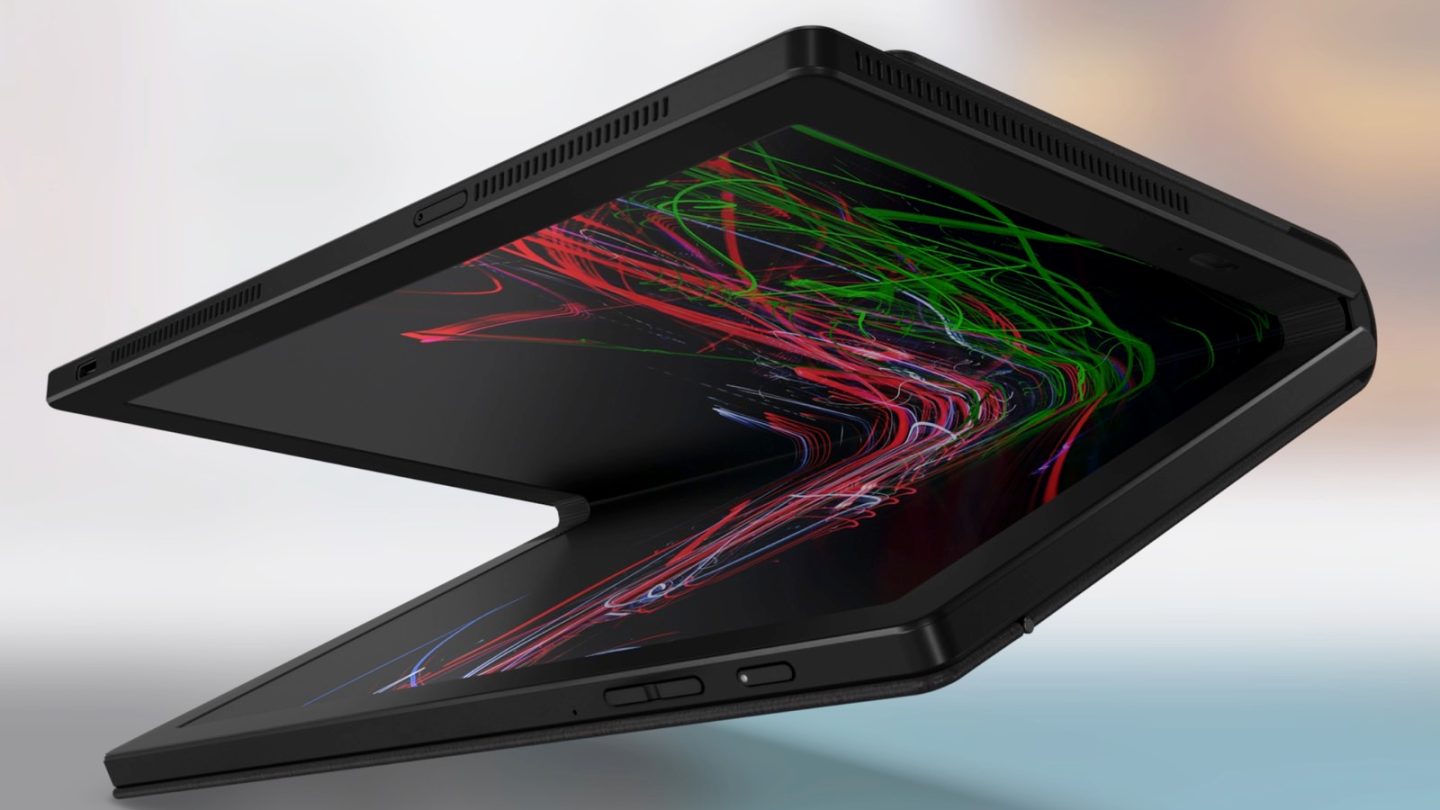 That happened in early 2020 when Lenovo demonstrated its foldable ThinkPad concept. Nine months later, the ThinkPad X1 Fold is a real product that you can buy. It’s a 13-inch laptop/tablet device that retails for $2,499, which is far more expensive than a traditional Windows 10 laptop. Then again, the technology that makes foldable devices possible isn’t cheap. Still, the X1 Fold might be a better deal than the newly launched Galaxy Z Fold 2, which retails for $2,000.

Comparing smartphones to laptops isn’t fair. Foldable or not, the smartphone is the leading personal computer for many people, and the X1 Fold can’t replace a smartphone. It can support 5G technology and connect to your existing smartphone via Windows 10, but it’s still a regular Windows laptop.

The foldable ThinkPad features a foldable 13-inch OLED touchscreen with 2048 x 1536 resolution and can be used in various modes. When opened fully, it acts as a Windows 10 tablet, or a laptop, if you use the standalone keyboard. Partially folded, the X1 becomes a laptop featuring two 9.6-inch touchscreens and can be used in a book-like mode.

The X1 Fold supports the Active Pen stylus and a specialized Lenovo Fold Mini Keyboard that chargers wirelessly, but they’re not bundled with the device. An extra $300 will get you both accessories with your preorder.

Samsung struggled with the first Fold smartphone, as it had to face durability issues that somehow did not come up during prototyping. A couple of design flaws favored screen failures, and Samsung had to postpone the launch by several months. Samsung learned a lot from its mistakes, launching two superior foldable phones this year when it comes to durability.

It’s unclear how durable a foldable laptop will be, so we’ll have to wait for real-life users to test it. But Lenovo stresses on the innovation this type of product required.

The X1 Fold seems to be slightly thicker than you’d expect it to be, but it’s just 11.5mm when unfolded. That goes up to 27.8mm when folded. The laptop also features a sliding cover on the exterior, which also acts as a stand when you want to use the entire OLED panel as a display.

That display isn’t made of glass, as the OLED screen is covered by a polymer, according to the company. However, the fact that it can support stylus input indicates the screen might be more durable than the first-gen Fold’s display.