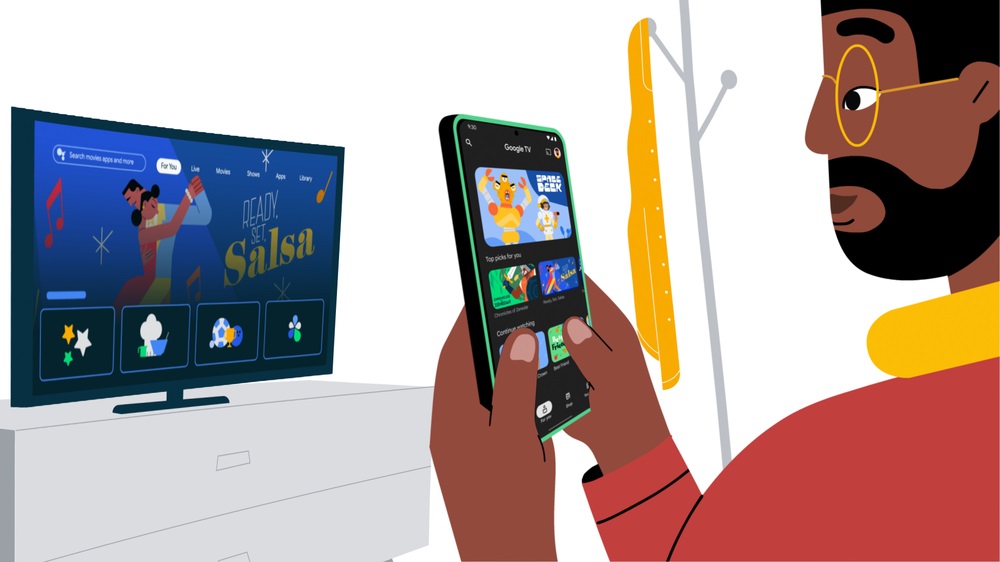 In the past, we have written about how much better many of Google’s mobile apps are than their Apple counterparts. For many iPhone users, Google’s apps are indispensable, including Google Maps, Google Calendar, and Google Chrome. This week, Google is attempting to add another app to that list with the Google TV app.

The new Google TV app is available on the App Store as of this Wednesday. The app debuted on Android, but now iPhone and iPad users can download the app as well. If you already had the Google Play Movies & TV app on your device, it will automatically update to Google TV. If you haven’t received the update yet, check the App Store.

In a blog post celebrating Google TV’s arrival on iOS, Google TV product manager Hanwook Kim shared 7 tips for making the most of the app after downloading it.

One of the best reasons to download Google TV is its interconnectivity with big streaming services. I count 16 services that can sync up with the app. That includes Prime Video, Apple TV, Disney Plus, HBO Max, and Hulu. There are a few major holdouts — most notably Netflix — but you’ll get recommendations for most of your streaming services.

The app will also let you create a watchlist of shows and movies you want to check out. Just tap the watchlist icon on any content you might watch in the future and remove it after you get around to watching it. There are countless great apps to keep track of all your content consumption habits, but this is one of the cleanest.

Also, as this new app is replacing Google Play Movies & TV, it gives you access to movies or shows that you rented or purchased with your Google account. You can even stream them right from the app without having to download them first.

Personally, my favorite feature is the TV Remote button floating in the bottom-right corner of the screen. If you own a Google TV or Android TV device, you can connect it to your phone and use the Google TV app as a TV remote. It’s relatively seamless, and because it gives you access to your phone’s keyboard, it makes entering passwords a breeze.

The app isn’t perfect, but if you’re looking for a hub for all of your streaming services, Google TV should be on your radar. It’s free to download, and if you own an Android TV, it’s a better remote than anything else I’ve ever downloaded from the App Store.