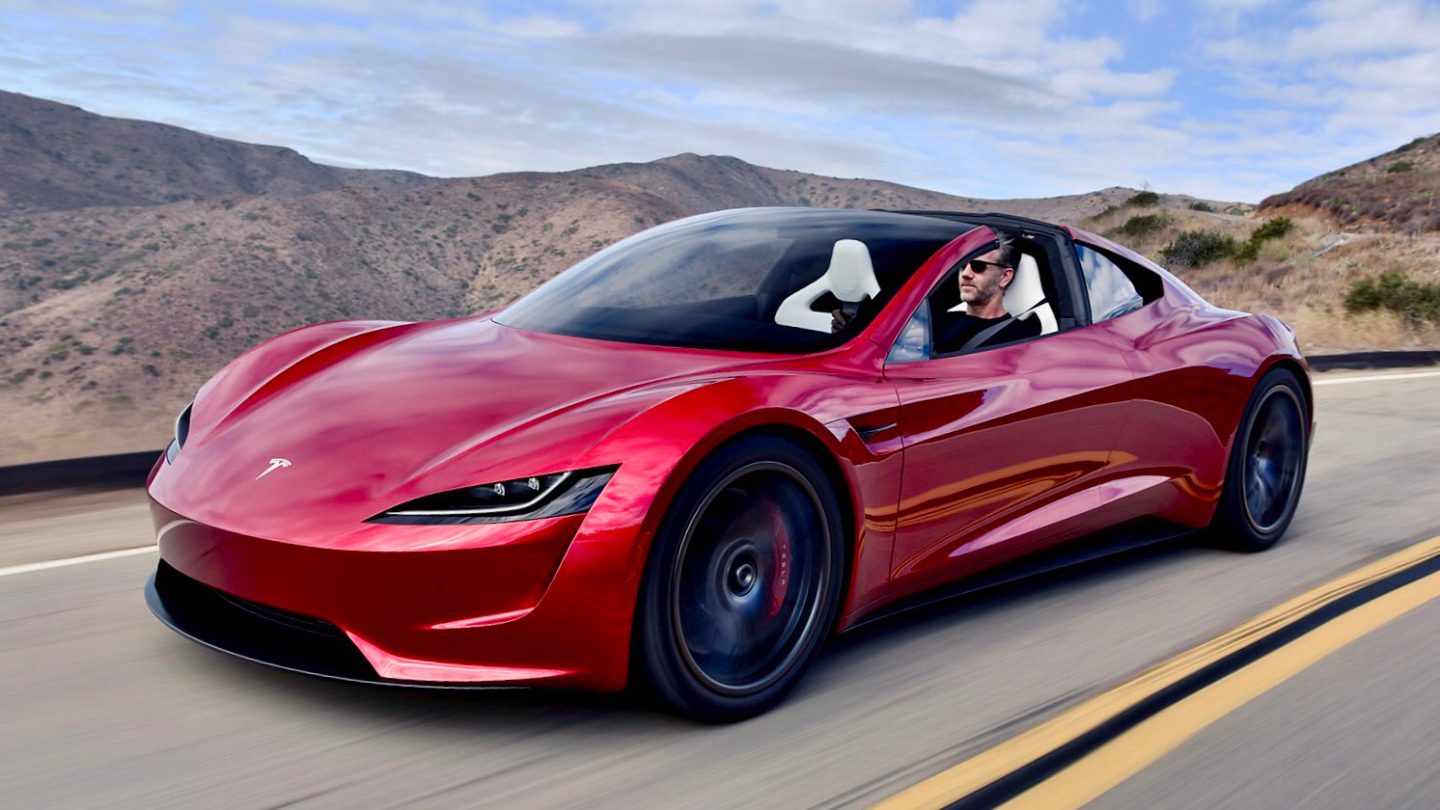 Tesla has a few intriguing vehicles in the pipeline, including an all-electric pickup truck and a crossover version of the Model 3 which will be called Model Y. That said, the Tesla vehicle most people are excited about and eager to see is the company’s next-gen Roadster, a vehicle that Tesla CEO Elon Musk boasted “will be the fastest production car ever made.”

Originally introduced alongside the Tesla Semi at an event back in late 2017, the specs on Tesla’s Roadster 2 are absolutely jaw-dropping, to say the least. At the unveiling event, Tesla boasted that the Roadster 2 boasts a 0-60 MPH time of 1.9 seconds and can reach 100 MPH in just 4.2 seconds. What’s more, the car will boast a top speed in excess of 250 MPH and upwards of 620 miles of range.

As impressive as that all is, the production version of the Roadster may be even better than the car Tesla originally introduced.

During a recent episode of the Ride the Lightning podcast, Tesla’s chief designer Franz von Holzhausen — who can be seen cruising in the Roadster 2 in the image above — relayed that the Roadster is evolving and will likely be better than the original prototype.

“It is evolving, deservedly so, and it needs more time,” von Holzhausen said. “It will be even better than what we unveiled, in every way.”

Though von Holzhausen didn’t go into additional detail, he did say that the car is slowly but surely turning into “the ultimate vehicle.”

Now what that this means specifically remains anybody’s guess, but his remarks are nonetheless quite telling given that he’s not as prone to hyperbole as Elon Musk. Put simply, if von Holzhausen is telling us that the next-gen Roadster will be even more mind-blowing than initially imagined, we’re inclined to believe him.

If all goes according to plan, the next-gen Roadster will enter production in 2020, with an entry-level model priced at about $200,000.

As a final point, there has been a bit of skepticism regarding some of the performance figures initially put forth by Tesla. With that said, a luxury car test driver named Emile Bouret was able to enjoy a little bit of time with the next-gen Roadster a few months ago and his initial impressions were overwhelmingly positive.

“I know there’s some skepticism about the figures that Elon quoted,” Bouret said at the time, “and I think can say without getting in trouble that those are actual figures. Those aren’t theoreticals. Those aren’t calculations. We’ve done those numbers. And I probably shouldn’t say that those numbers are even conservative, but they are. That thing is going to be a proper weapon.”

Lastly, Tesla released an ever so brief teaser video of its next-gen Roadster accelerating a few months back. It’s not much, but with Tesla not releasing too many of these videos, we’ll take what we can get.