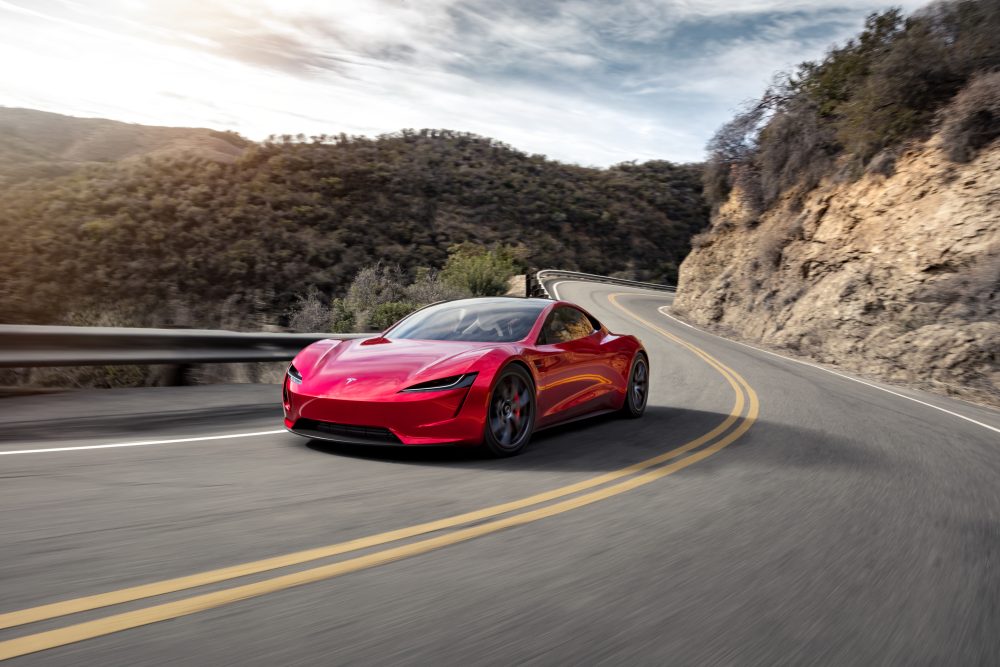 Tesla CEO Elon Musk is famously prone to exaggeration, but he wasn’t kidding when he said that the company’s next-gen Roadster “will be the fastest production car ever made.” Originally introduced back in 2017, Tesla’s forthcoming Roadster — which features a brand new design and absolutely jaw-dropping specs — is currently scheduled to arrive sometime in 2020. Tesla, of course, has an unfortunate history of missing production schedules so it remains to be seen when deliveries of the next-gen Roadster will actually begin.

That aside, there’s no denying that the Roadster 2.0 is an absolute marvel of engineering with respect to overall power and acceleration. Specifically, the car boasts a 0-60 MPH time of 1.9 seconds, making it faster than a good number of supercars. What’s more, the next-gen Roadster can hit a speed of 100 MPH in just 4.2 seconds flat and can reach a top speed in excess of 250 MPH.

Since the car’s unveiling in 2017, we’ve seen quite a few photos of the next-gen Roadster but not really any video footage. Not to worry, Tesla over the weekend released a new teaser video which showcases the car’s insane acceleration in action.

The video isn’t terribly revealing but we’ll take what we can get at this point.

It’s worth noting that there has been some skepticism surrounding a few of the aforementioned specs involving the Roadster 2. To that end, a luxury car test driver named Emile Bouret was given some time with the Roadster last year and came away beyond impressed.

“I know there’s some skepticism about the figures that Elon quoted,” Bouret said, “and I think can say without getting in trouble that those are actual figures. Those aren’t theoreticals. Those aren’t calculations. We’ve done those numbers. And I probably shouldn’t say that those numbers are even conservative, but they are. That thing is going to be a proper weapon.”

When the Roadster 2 finally does become available, it will cost users $200,000 at a minimum.