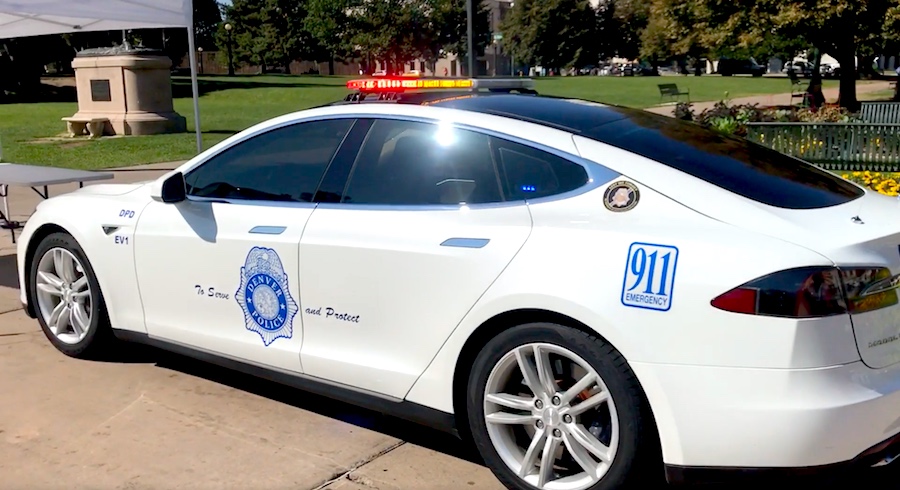 Tesla’s Model S is an absolute speed demon with nearly unrivaled acceleration. Case in point: Tesla’s top of the line Model S — the P100D — boasts a 0-60 mph time of just 2.28 seconds. Indeed, it’s no surprise that Tesla CEO likes boasting that the Model S is the quickest production car on the planet.

Given what the Model S brings to the table, it’s no surprise that police departments across the world have shown an increased interest in incorporating Tesla’s flagship vehicle into their fleet. The LAPD, as you might recall, toyed with the idea of using a Tesla Model S as a high-pursuit vehicle last year. And more recently, police in Luxembourg actually went all-in and purchased two Model S vehicles that will be used as everyday patrol cars.

Now comes word that the Denver Police Department is also joining in on the fun. In a video that first appeared on the Tesla subreddit, the Denver PD converted a Model S into a police car, complete with a custom interior and sirens on the top. The car looks pretty sleek, but folks in Denver shouldn’t expect to see it on the road much at all. Electrek reached out to the Denver PD and it turns out the converted Model S will not be used as a patrol car or high-pursuit vehicle. On the contrary, the Denver PD said that the car will be used for “community outreach and events (vintage police cars, etc.).”