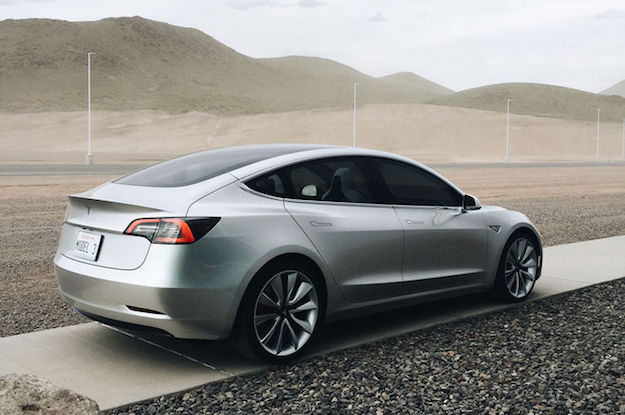 At $35,000, the Tesla Model 3 is a lot more affordable than its siblings. The car will be even cheaper to some early buyers based in the U.S. as they’ll be eligible for huge savings in the form of a $7,500 federal tax credit. That much was known before Tesla started taking orders for the car, and could explain the huge number of preorders registered in the first days. The faster you order one, the more likely to have a chance of scoring that tax cut, as this program expires after a certain sales milestone is reached.

However, Tesla had to readjust its manufacturing plan after about 400,000 people ordered the Model 3, which means that more Americans might be eligible for the tax break than initially believed.

Looking at Tesla’s new Build Plan and comparing it with previous estimates, Electrek’s Fred Lambert adjusted his own projections, concluding that more Americans may benefit from the tax break incentive.

Under the current program, the tax credit phases out after a carmaker sells 200,000 cars, and the phase-out period is a critical element. Under the old Tesla production plan, Lambert expected Tesla to reach the 200,000 ceiling at some point in 2018.

But because Tesla now wants to make even more cars every year than initially believed, that date has moved to either late 2017 or early in 2018.

That means more of Tesla’s U.S.-based buyers could be eligible for savings. According to the program’s rules, once the 200,000 sales cap is reached, the tax cut incentive will be awarded for at least one full quarter of sales. The phaseout starts during the second quarter after the calendar quarter in which the cap is reached.

When that happens, Tesla should be making some 100,000 cars per quarter, a lot more cars than previously believed. Assuming 50% of those are made for the U.S. market, Lambert says that some 50,000 people could still have access to the full credit. If Tesla prioritizes deliveries to the U.S. during the period, which should also help with logistics as it would ship the cars closer to home, then even more people might be eligible for the tax break even after the cap is reached. Lambert says that some 150,000 Americans who buy the Model 3 could benefit from the program. That’s assuming Tesla can ramp up and sustain the increased production according to its new plan.

Even if you miss that $7,500 tax credit tier, once the program runs out you’ll still be eligible for $3,750 in tax credits in the following six months. The six months after that, the tax break is reduced to $1,875.