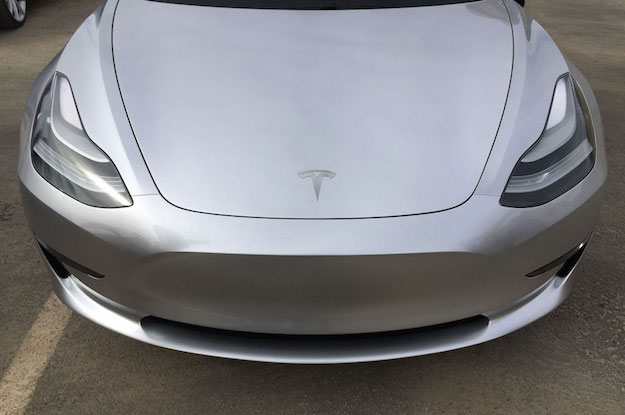 Tesla received a record number of preorders for the affordable Model 3 electric car, but buyers will have to wait more than a year to get their hands on it. Tesla recently said that preorder numbers reached the 400,000 units mark, yet the company will produce less than 90,000 total Tesla cars this year.

The exec set the production deadline for the Model 3 for July 1st, 2017, CNET reports. But Musk then admitted that supply issues would make that date impossible. He compared the production date to a term paper deadline. Apparently, it’s important to set the deadline even if the company is highly unlikely to develop the supply chain in time.

Musk said that Model 3 is designed to be much less complicated to manufacture than the existing Model S and Model X. But Tesla would still be dependent on third parties, which are expected to develop several parts for the car. The CEO said that Tesla would start making the parts itself at the Fremont factory in case its suppliers disappoint.

Musk said that initial production would be anywhere from 100,000 to 200,000 for the Model 3 in 2017 and that the company would be producing 500,000 cars a year in 2018. The CEO also expressed interest in setting up assembly lines in Europe in China after maximizing production at its Fremont plant, to satisfy Tesla demand more efficiently in these regions.