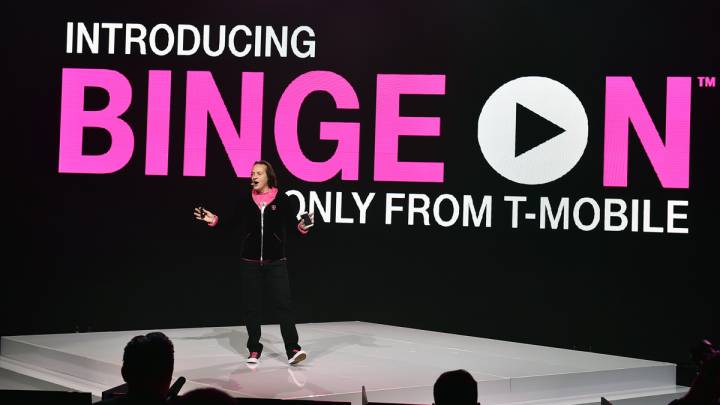 T-Mobile’s “Binge On” program has spawned quite a debate over the past few months. No one is arguing that it’s something T-Mobile subscribers don’t appreciate, but it also unquestionably walks a fine line and may even cross the line into violating net neutrality. Regardless of where you stand on the matter, if you’re a T-Mobile subscriber you’re in for a bit of good news on Thursday morning: The carrier has announced that it is adding four additional services to Binge On, including the increasingly popular streaming video offering from Amazon.

The nation’s fastest-growing carrier has had to defend its Binge On service from critics a number of times already, and it once again went on the defensive on Thursday morning when it issued a new press release. In the release, T-Mobile discussed data from a survey it commissioned — here are a few of the survey’s findings:

The survey was conducted by Decipher on behalf of T-Mobile and it included 1,355 U.S. consumers, 500 of whom were current T-Mobile customers at the time of the survey.

Moving beyond T-Mobile’s survey, the company announced that four new services are now included in its Binge On program: Amazon Video, Fox News, Univision NOW, and WWE Network. This means that unlimited video from more than 40 different services can now be streamed for free by T-Mobile subscribers with compatible service plans.

“Binge On is our most disruptive Un-carrier move yet. It has literally changed the way millions of people are watching video – they’re watching more, more than twice as much as before, and most importantly, they’re watching without worrying about bigger bills or surprise overages!” T-Mobile CEO John Legere said in a press release. “Binge On is the Un-carrier solution to satisfy Americans’ growing appetite for mobile video – and the facts are telling us that customers love it!”