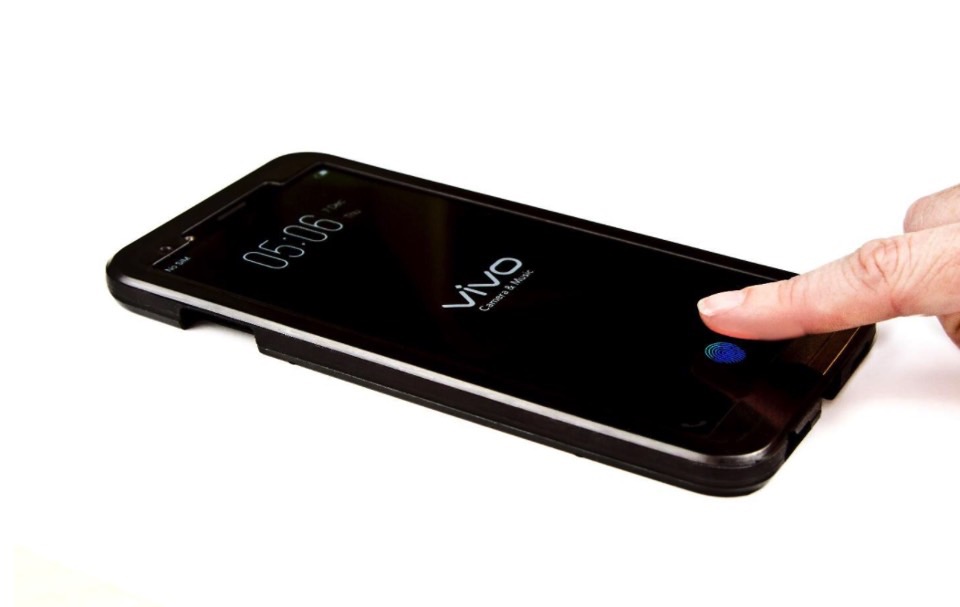 For months last year, the iPhone X was rumored to have a fingerprint sensor under the display thanks to new screen technology that would allow Apple to increase the screen size of the iPhone by killing top and bottom bezels. It turned out that Apple did remove the home button and nearly the entire top bezel, but it chose not to integrate a Touch ID sensor into the many layers of the iPhone X’s screen.

Samsung wasn’t able to pull it off either, and the first Galaxy device featuring a fingerprint sensor is expected to drop only in the second half of 2018.

But the first smartphone in the world to launch with a fingerprint sensor under the screen is coming soon, and a video shows us a near-final prototype in action.

We already knew that Vivo is the company that partnered with Synaptics to launch the first smartphone in the world with a fingerprint sensor under the display, and CES 2018 confirmed it.

The Vivo phone, sporting an all-screen design is on display at the show, and The Verge was able to test Synaptics’s Clear ID fingerprint sensor.

It turns out the sensor works just as intended both when it comes to registering a new fingerprint and when it comes to unlocking the device. The sensor is slower than a regular standalone sensor, but the technology will only get better:

The mechanics of setting up your fingerprint on the phone and then using it to unlock the device and do things like authenticate payments are the same as with a traditional fingerprint sensor. The only difference I experienced was that the Vivo handset was slower — both to learn the contours of my fingerprint and to unlock once I put my thumb on the on-screen fingerprint prompt — but not so much as to be problematic.

Clear ID apparently works only with OLED screens, using the gaps between the pixels to scan the fingerprint.

It’s not clear when this flagship Vivo phone will launch or how much it’ll cost — and Vivo may want to replace that microUSB port on the bottom with a USB-C one — but the device proves Clear ID technology works. Check out the video below to see the phone in action: