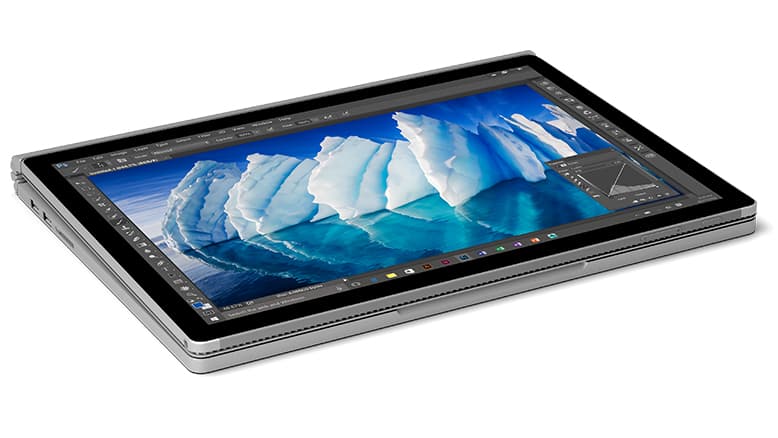 Microsoft introduced a new Surface Book laptop during its Windows event on Wednesday, but it made sure not to call it a Surface Book 2. No, that model is probably coming next year. What we’re getting instead is a “Surface Book with Performance Base” laptop that’s supposed to improve performance and battery life. But the laptop has one more feature that some people will enjoy, and it’s one that Panos Panay didn’t explain on stage.

One of the most annoying things about the first-gen Surface Book is the gap. The convertible laptop has an innovative hinge that keeps the screen attached to the base. But when you close the laptop, you get an annoying gap that makes it easy for dirt to get in. Microsoft has heard your complaints and has partially fixed it. It’s still there, but it’s much smaller now.

By packing a bigger battery inside the Performance Base, the company actually made it thicker. That means the Surface Book’s top is almost flush with the base when closed down, as seen in this image from The Verge:

The keys are closer to the screen when closed, and the ridge at the base of the laptop where the vents eject air is also bigger.

Sure, you may still have a dirt problem on this upgraded Surface Book, but it’ll be more manageable. And it’s really not such a big deal in the first place, but Microsoft is still addressing the problem. The real Surface Book 2 may come without any gap whatsoever.