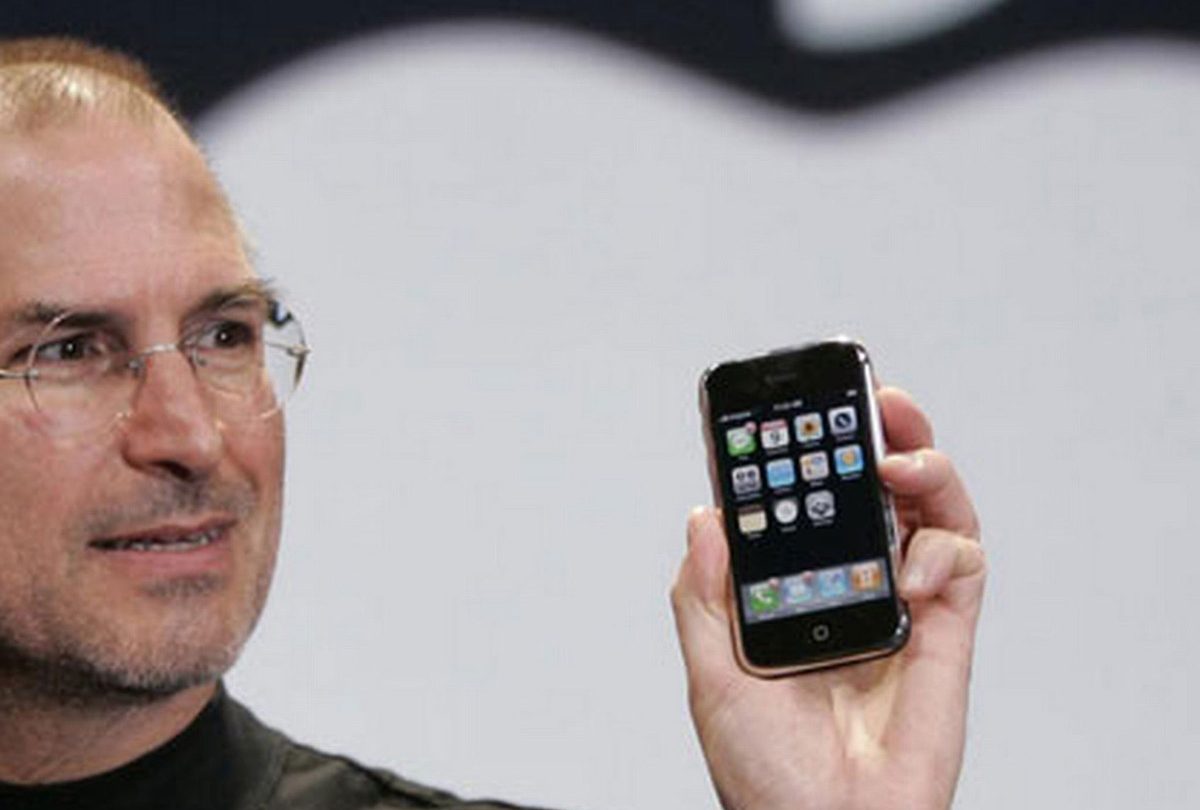 “Every once in a while,” he began, “a revolutionary product comes along that changes everything.”

That was Steve Jobs’ opening for what would go down as one of the best displays of product showmanship and marketing savvy in tech history, as Apple’s then-legendary chief executive went on to unveil the iPhone during the Macworld conference in San Francisco on January 9, 2007. Twelve years ago today.

You can spin up so many narratives and lessons in the wake of the iPhone’s more than decade-long success for Apple since then, in addition to just basking in the nostalgia of the day when Steve touted that Apple was poised to “reinvent the phone.” Watching the unveiling again, it’s remarkable to think how different the world was. And how far technology has evolved, as well as our tastes and expectations for what constitutes a praise-worthy breakthrough.

We’ve long since moved on, for example, from being wowed by the novelty of replacing the stylus with finger-based input, with many users of course having come back around to the stylus, about which Steve pretended to gag onstage. And we’ve likewise of course moved away from the real world-mimicking skeuomorphism that was evident throughout the early iOS software design.

The world used to be such a simpler place, illustrated by the fact that this was something Apple proudly touted in its iPhone announcement: “iPhone is a revolutionary new mobile phone that allows users to make calls by simply pointing at a name or number.”

The unveiling of the iPhone was a seminal event in the history of technology. I’ll never forget it. So glad I left the Consumer Electronics Show in 2007 to fly to SF to attend. Jobs convinced me to do so without telling me the product. “Walt, this will be as big as the Mac.” https://t.co/IeJMGPK2p8

It’s certainly remarkable that so much of Apple’s fortunes, literally, still hinge after all this time on the success of the iPhone. It’s a testament to the durability of the product — but, of course, the longer time goes on it also speaks to the need for Apple to think about the day after the iPhone. Not that that’s poised to arrive anytime soon, but — well, you know, too many eggs in one basket, and all.

Along those lines, we learned from the Nikkei Asian Review this week, for example, that Apple for the second time in two months is cutting its production plans for its newest-model iPhones, so the XS Max, the XS and XR. The slowdown is due largely to tightness in China’s economy at the moment, Apple insists. Which kicked off the usual round of critics moaning that Apple’s innovation has grown stagnant since Steve Jobs’ passing.

But it’s all noise, promises Apple CEO Tim Cook. The company’s product pipeline, its innovation — everything, really — is as strong at Apple as it’s ever been. “In terms of the naysayer, I’ve heard this over and over again,” Tim told CNBC’s Jim Cramer in recent days. “I’ve heard it in 2001, I’ve heard it in 2005, in ‘7, in ‘8, in ’10, in ‘12 and ’13. You can probably find the same quotes from the same people over and over again. And I’m not defensive on it. This is America and you can say what you want, but my honest opinion is that there is a culture of innovation in Apple and that culture of innovation combined with these incredible, loyal customers, happy customers, this ecosystem, this virtuous ecosystem, is something that is probably under-appreciated.”

Along those lines, the closing of Steve’s legendary iPhone keynote from 12 years ago today is arguably as relevant now to the company as it’s ever been.

“There’s an old Wayne Gretzky quote that I love. I skate to where the puck is going to be, not where it has been. And we’ve always tried to do that at Apple. Since the very very beginning. And we always will. So thank you very very much for being a part of this.”