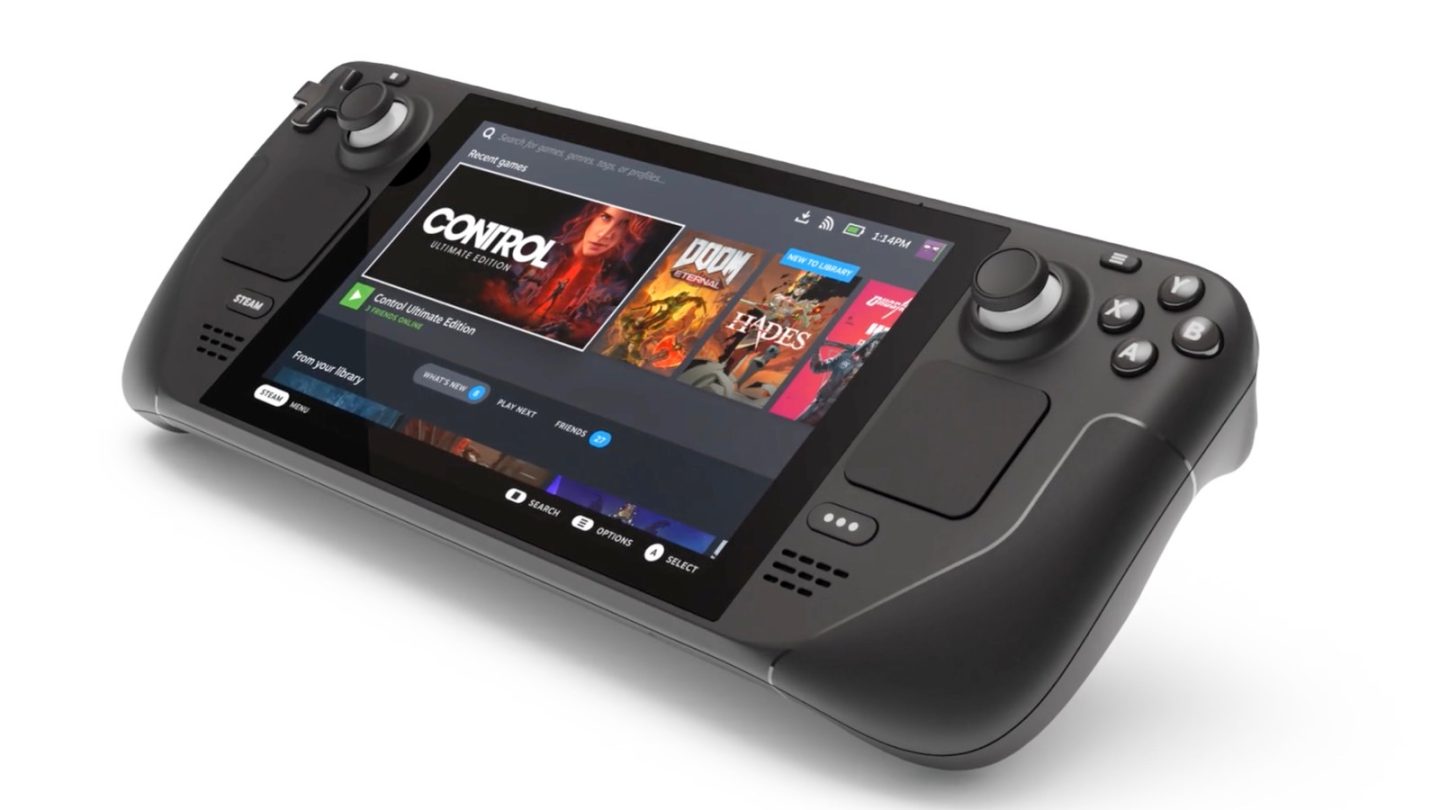 Valve announced its own Switch-like console last week. Preorders for Valve’s Steam Deck officially opened last Friday. The device appears to be a big hit for Valve, as the console is sold out well into the second half of 2022. Well, that’s a bit of an exaggeration. Valve isn’t charging buyers full price for the Steam Deck they’ve registered for. You only have to pay $5 to reserve your spot in line for one of the three Steam Deck models. You can change your mind at any time and get a refund. But there’s a new surprise development concerning Steam Deck hardware. You might be able to replace the SSD yourself.

The three Steam Deck variants that Valve is pitching buyers have basically the same hardware. Storage is the only difference. The $399 model comes with just 64GB of eMMC storage. Meanwhile, the $529 and $649 versions offer 256GB or 512GB of speedy NVMe SSD storage. The faster the storage of a gaming console, the better the performance. And NVMe storage certainly beats eMMC and microSD. All three Steam Deck consoles come with microSD slots that will let users expand the storage space significantly.

Valve confirmed the SSD is replaceable

In an interview with IGN, Valve engineers confirmed that the Steam Deck supports M.2 2230 SSD storage.

“We are using a standard M.2 NVMe SSD in there,” Valve hardware engineer Yazan Aldehayyat said. “It’s a separate module – we went against the trend of putting it directly on the motherboard.”

The good news here is that the M.2 SSD slot isn’t soldered on the motherboard. Anyone looking to replace the built-in SSD with one that offers more storage and/or better speeds can technically perform an upgrade. But Valve opted for this particular SSD to make the console easy to repair.

“The repairability is something we did actually focus on and try to make it as repairable as possible,” Aldehayyat said. “But, it’s really meant for people who know what they’re doing, and have experience doing it.”

Valve has not shown the internals of the Steam Deck. We have no idea how easy or difficult it is to reach the M.2 slot and swap out the default SSD with a new one. Steam Deck teardowns will tell us exactly how difficult it is to replace the storage come December. Needless to say that dismantling a brand new device like that might void the warranty.

If you’ve opted for a 256GB or 512GB Steam Deck console and you’re rethinking things, you should know that the 64GB also packs an M.2 slot. That’s according to Ars Technica readers, who have collected information on how to replace the SSD based on information that’s currently available.

Again, Valve hasn’t shown us the internals of the Steam Deck. And we have no idea how easy or difficult it is to dismantle. But if a device is easy to service, it might be easy to tear it apart for M.2 SSD storage upgrades.

People who have ordered the 64GB might be able to upgrade to M.2 storage given all the above, as long as they don’t mind risking the integrity of their Steam Deck. On the other hand, speedy NVMe SSDs aren’t exactly cheap. But you’ll find better storage prices than what Valve proposes. The only problem remains fitting all together and ensuring it all works.

If you’re thinking about ditching your 256GB or 512GB preorder, you should know that you can’t just jump on the 64GB model. You’ll have to register a different preorder for the 64GB model, which will put you at the end of the line. Rather than upgrading storage yourself, you might be better off with the 256GB or 512GB version. Either model will offer a faster experience than the 64GB Steam Deck. And you still get microSD support for storing more data locally.