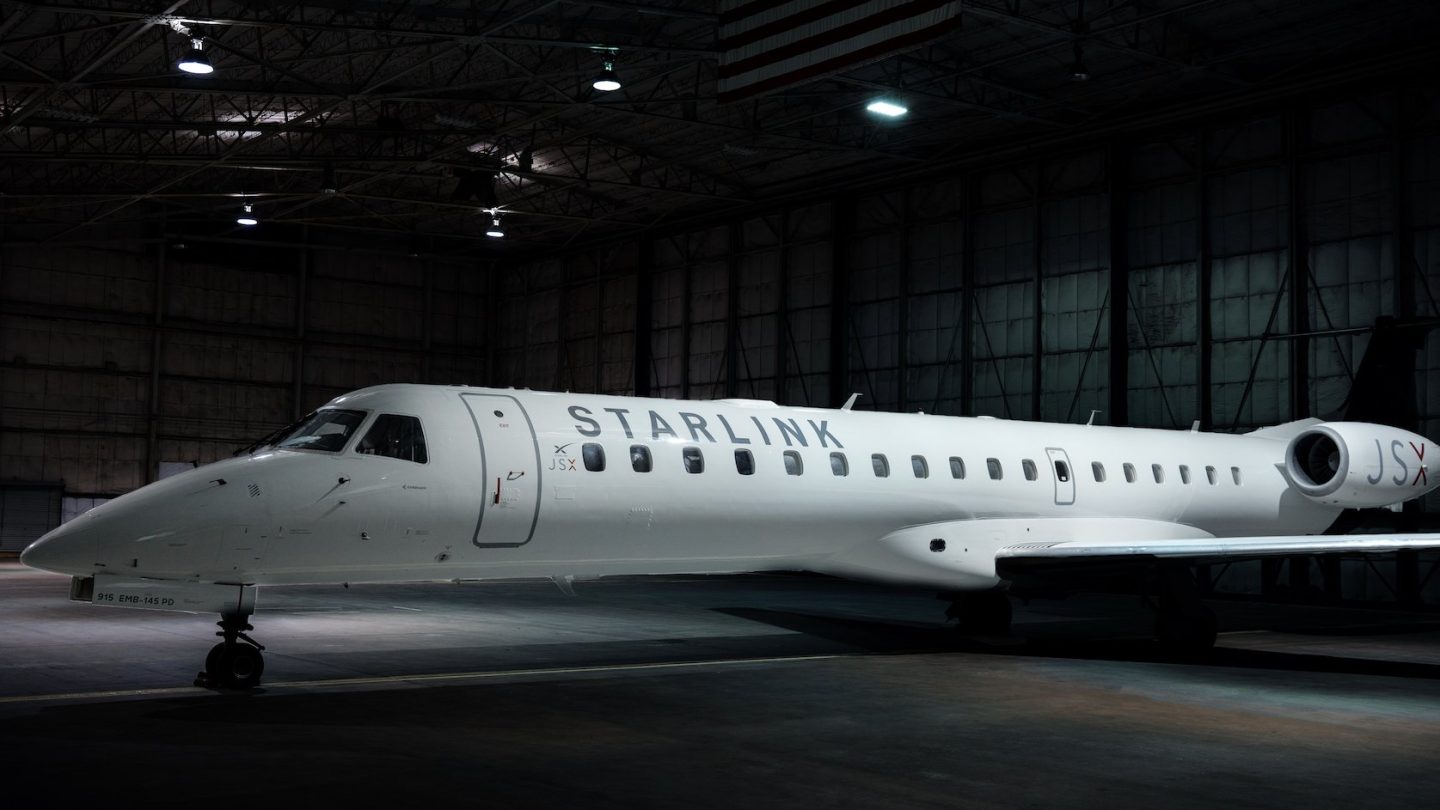 You can now get internet service on an airplane using Starlink…if you fly private.

SpaceX originally announced the new Starlink Aviation service back in November. On its webpage, the company says that, even with a plane traveling at hundreds of miles an hour, the service will be able to provide speeds of up to 350 Mbps, theoretically enabling video streaming and even online gaming:

Starlink can deliver up to 350 Mbps to each plane, enabling all passengers to access streaming-capable internet at the same time. With latency as low as 20 ms, passengers can engage in activities previously not functional in flight, including video calls, online gaming, virtual private networks and other high data rate activities.

The hardware package, which includes the Aero Terminal and is required to install the service, power supply, 2 wireless access points, and harnesses, costs $150,000. While you may think that covers everything you would need to add the service to your private jet, it does not include the cost of installation on the plane. Starlink, however, says that its design “enables installations during minimal downtime and combines well with other routine maintenance checks.”

At that time, the company said that the service would officially launch in 2023, so SpaceX seems to have beaten out its own expectations with today’s announcement. The service costs between $12,500-$25,000 per month with a one-time hardware cost of $150,000. Of course, if you are flying private, I imagine that’s of little concern to you.