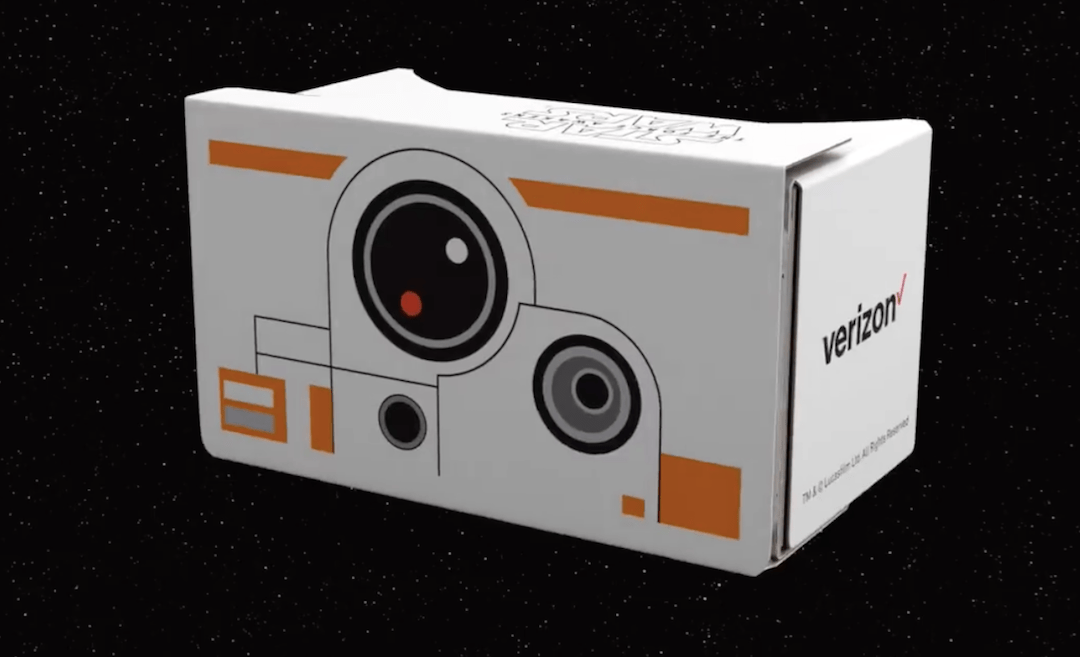 As 2015 comes to a close, we find ourselves looking ahead to the new year and all the technology it’s sure to bring. At the top of many lists is the virtual reality headset, which is set to enter the mainstream with the launch of the Oculus VR, HTC Vive and PlayStation VR all slated for the first half of next year.

But if you just can’t wait that long (and you happen to be a Verizon customer), there’s a fun alternative available for free over the holiday season.

SEE ALSO: The ultimate trailer for every movie released in 2015

On Wednesday, The Verge reported that Verizon stores were giving away free Google Cardboard viewers with Star Wars themes to customers in-store. There are four different varieties: Stormtrooper, R2-D2, BB-8 and the new villain Kylo Ren.

Verizon says that there are 200,000 viewers available, but considering the furor surrounding Star Wars, you might want to find one as quickly as possible before the Verizon customers descend on every retail location in the country.

The Verge also notes that a new VR experience called Jakku Spy is now available through the Star Wars app on iOS and Android, so you’ll have something to test out once you get your hands on the viewer.

As we mentioned, the viewers will only be available to Verizon customers, so don’t expect to wander in and pick one up without any proof that you have a device through the carrier. Find a store at this link: http://www.verizonwireless.com/stores/