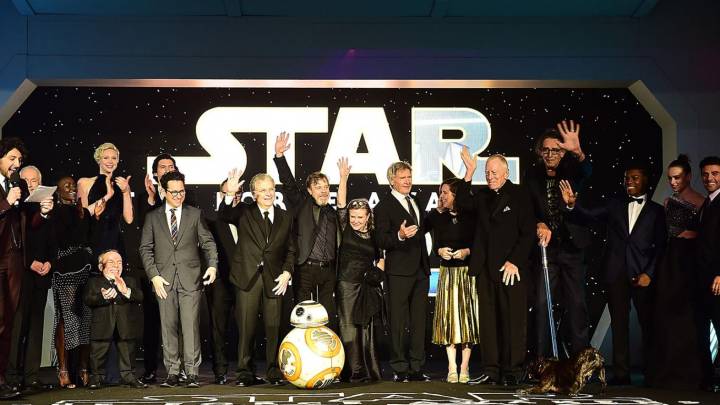 I’m one of the many people who watched Star Wars: The Force Awakens soon after it premiered and I loved it. Sure, there are some things I didn’t like but overall, The Force Awakens is definitely a great successor to the original saga and a movie every Star Wars enthusiast should see. Now that I’ve seen it though, there’s some more footage from the film that I’m really looking forward to, and you won’t find it anywhere in theaters.

I can’t wait to see Disney’s upcoming Star Wars movies, including spinoffs and the next episodes in the trilogy. But until that happens, I’ll definitely be excited to see the DVD release come out, as it’ll pack additional scenes that didn’t make it into the final cut. In fact, according to Abrams, there may be up to 20 minutes of footage that was ultimately scrapped from the final version of Star Wars, including both shorter moments and full-blown scenes.

Thanks to SlashFilm we now have an idea of the 20 scenes that were cut from the final version of the film, and some of them are downright exciting. For example, there’s a touching scene in which Kylo Ren explores the Millenium Falcon. And there’s one scene where Maz Kanata uses the Force to fight against some Stormtroopers. There’s also more Han Solo dialogue, extra footage showing Leia, and plenty of action involving Rey, including a snowspeeder chase.

The following interview with Abrams also reveals some details about missing scenes in the latest Star Wars installment.

Abrams did say that a Director’s Cut version of the movie won’t be released, though deleted scenes might be shown off in the DVD release.

“I’m not a huge fan of directors’ cuts and modifications to a movie,” Abrams said in an interview. “I feel the movie that comes out is the movie that should be the intended final product.”

Furthermore, the Star Wars cast also reveal some vague details about deleted scenes in this interview

Here are the 20 scenes that were cut from The Force Awakens, as listed by SlashFilm. Some of them, if not all, are expected to arrive in the DVD version of the movie – check the source link for a full description of each one.