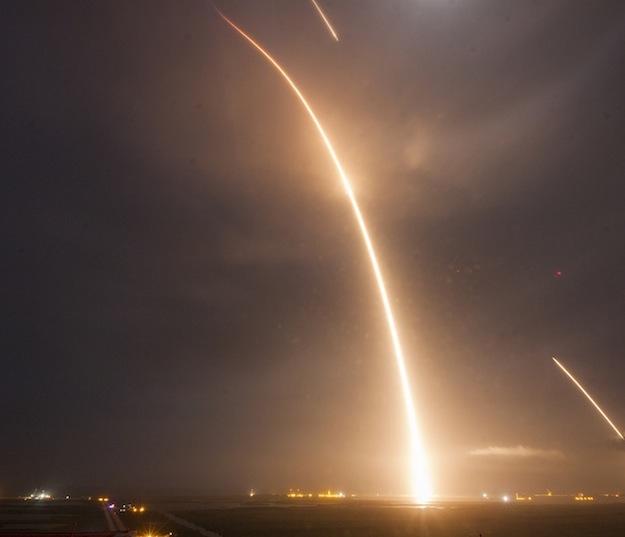 A big step was made on Monday evening in the race to build space-bound rockets that can be used for multiple launches. As you have no doubt seen at this point, SpaceX successfully launched and then landed its Falcon 9 rocket on the ground. The staggering accomplishment came following a number of unsuccessful attempts, and it marks a big step forward in companies’ efforts to reduce the cost of missions to space.

We already showed you incredible photos and videos of this remarkable achievement, but now it’s time to watch the feat from a different angle.

MUST SEE: A Lamborghini and a Mustang tear through an abandoned Russian town in this epic drift battle

Just under one month following the world’s first landing of a reusable rocket, which was accomplished by Jeff Bezos’s Blue Origin private space exploration company, SpaceX managed a similar feat. The mission involved launching SpaceX’s Flacon 9 reusable rocket and then landing it on a concrete landing pad in Cape Canaveral, Florida.

It was a tremendous achievement, and you can watch a replay of the entire endeavor right here.

While the photos and video of the mission itself will garner the most attention for obvious reasons, there’s another part of the mission footage that deserves a look. While SpaceX’s famous founder Elon Musk is typically the focus of conversations surrounding the company, many more men and women are involved with the company’s endeavors. And in an excerpt from last night’s mission footage pulled out of the stream by The Verge, we can see many of these men and women react to the Falcon 9’s historic landing.

The moving footage is embedded below.