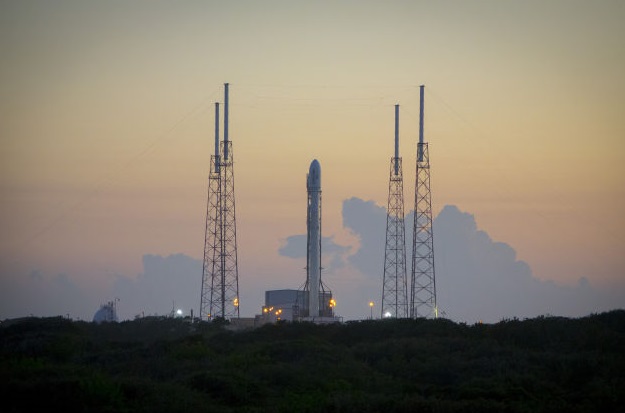 SpaceX yesterday made history and caused an Internet frenzy when it launched a rocket into space and successfully manged to bring back the booster to earth, landing it safely on a concrete landing pad. In the wake of SpaceX’s momentous achievement, Jeff Bezos (who owns his own space company) publicly congratulated SpaceX via Twitter, as did NASA.

While the entire booster landing was initially viewed as part of SpaceX’s livestream of the event, the space transport company late on Monday updated its Flickr page with a number of high-resolution photographs of the astounding landing. Not only that, but SpaceX also provided us with crisper video footage of the landing. We’ve compiled a selection of the best shots for your viewing pleasure below.

Below is a shot which showcases the scale of the concrete landing pad where the rocket booster landed. That’s a person standing right there in the middle in case you couldn’t tell.

But on to the good stuff. Here we have a long exposure shot showcasing the rocket launch, re-entry, and landing burns.

In this photo, we have another shot of the booster landing.

Next we have a nice still of the first stage landing right before making impact.

And of course, here’s the booster resting comfortably after a successful landing.

And now for some video. Here’s some high quality footage of the landing taken from a helicopter.

And in case you missed it the first time, you absolutely must watch the scene from inside SpaceX as the booster approached and hit a perfect landing. It’s a rousing viewing experience to say the least. Fast forward to about 31:30 into the video and enjoy.