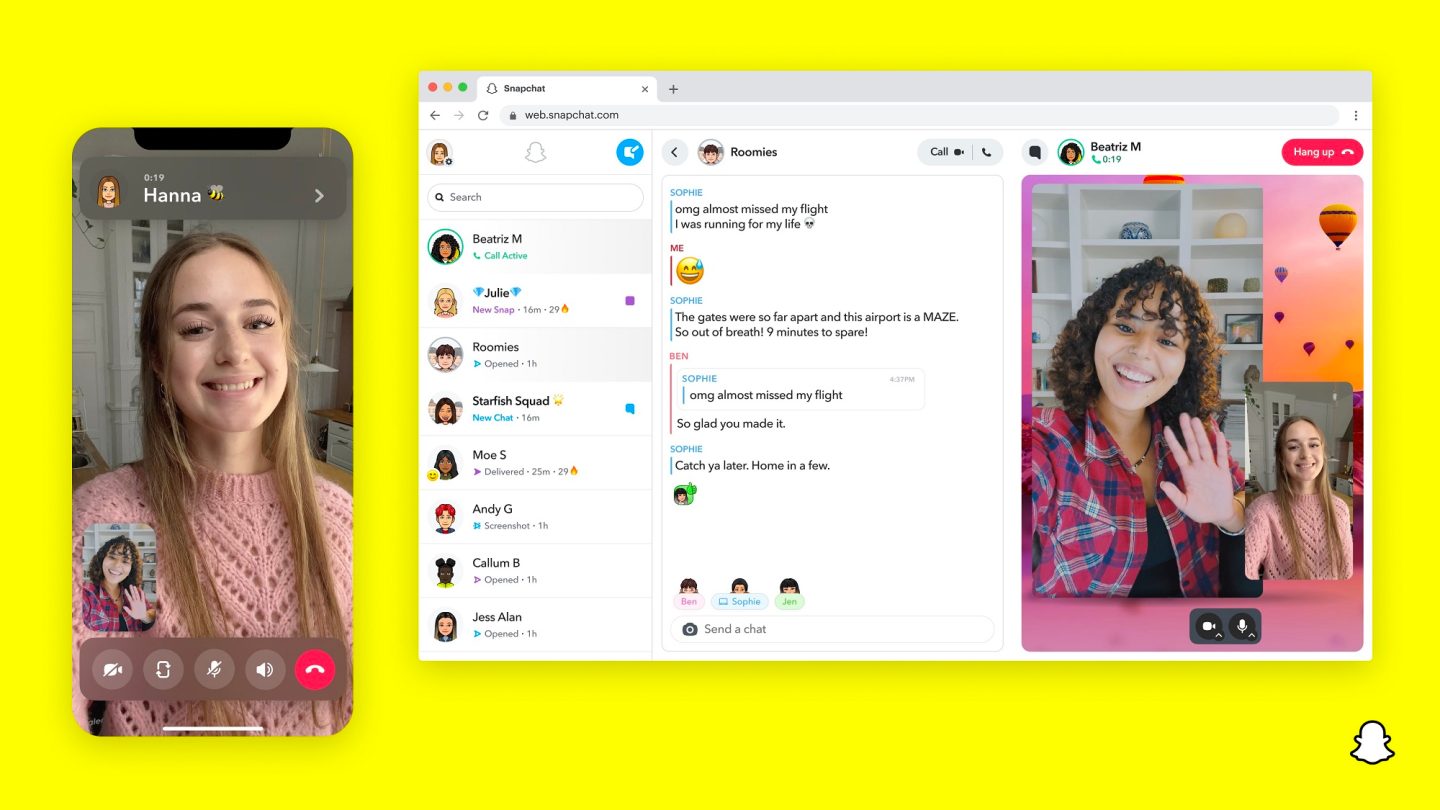 Snapchat has long been one of the only social media platforms restricted to mobile devices, but that’s about to change. On Monday, Snap Inc. announced that users will now be able to continue their conversations from any device with Snapchat for Web. The new web app will support voice and video calls as well as the ability to send and receive chats on a new subscription service called Snapchat Plus.

Snapchat for Web now available on Snapchat Plus

Snapchat users have waited years for a way to access the service from devices beyond their phones. The bad news is that most of them will have to keep waiting, as Snapchat for Web is currently only available for Snapchat Plus subscribers.

The company announced Snapchat Plus last month. Snapchat Plus is a premium subscription that costs $3.99 a month. At the time, Snapchat revealed that it would give users access to “a collection of exclusive, experimental, and pre-release features.” It appears that Snapchat for Web is the first such exclusive feature.

The good news is that everyone will eventually be able to use Snapchat for Web. It’s unclear how long the feature will be in early access, but at some point, anyone with Snapchat will be able to head to web.snapchat.com to access the web app.

According to Snap’s blog post, the web app will include popular features like Chat Reactions and Chat Reply. The company plans to add Lenses in the future as well, which remain one of the platform’s biggest draws years after their arrival.

If you want to try the feature out early, here are the steps to sign up for Snapchat Plus:

In addition to Snapchat for Web, Snapchat Plus gives you the ability to pin a friend as your Best Friend Forever, see who rewatched your Stories, and see Ghost Trails. You’ll also get a black star badge next to your display name and can change the app icon.