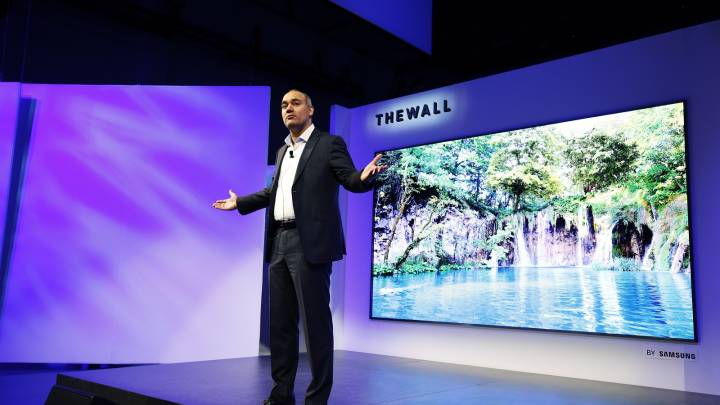 When it comes to life-changing innovations and mind-blowing hardware announcements, CES has been trending in the wrong direction in recent years. But if anyone is going to surprise us, it will likely be one of the big names in tech, like Samsung. We’ve already seen everything that LG has to offer, and now Samsung is set to take the stage.

While it’s tough to say for sure whether Samsung or Sony will steal the show tonight, you can’t go wrong watching the South Korean giant’s press event tonight at 2 PM PT/5PM ET. We’ve already seen a ton from Samsung ahead of the event, but this will be our first chance to see some of those devices live in action and on video.

First off, those of you looking forward to getting a sneak peek at the 2018 slate of Galaxy smartphones should realign your expectations, as Samsung has already said that an S9 appearance at CES 2018 would be “unlikely.” That said, we might get some information about the Galaxy S9, especially with the iPhone X dominating headlines.

But smartphone or not, Samsung’s event will be packed with exciting devices, from TVs to laptops to refrigerators. We have already seen a few compelling devices from Samsung ahead of the press event, including a 146-inch MicroLED TV that Samsung has nicknamed “The Wall” and a 360-degree rotating 7 Spin notebook.

In terms of what to expect at the event, we should see plenty of product demonstrations and flashy unveilings, but the focus is apparently going to be on expanding its Bixby voice assistant beyond smartphones, as the likes of Amazon, Apple, Google and even Roku try to unify all of the devices in your home under one umbrella.

Beyond that, expect to see plenty of smart home appliances, monitors and TVs. And if we’re lucky, Samsung might even demo the new Galaxy X foldable smartphone. You can watch the press conference live in the video below: