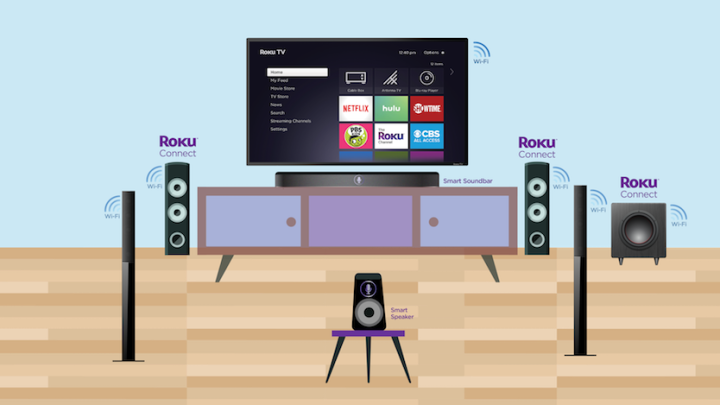 Roku, best known for making the most popular media streaming devices in the US, announced plans on Wednesday to expand its licensing program to include soundbars and smart speakers, as well as surround sound and multi-room audio systems. Any device that falls under this Roku Connect program will be able to connect wirelessly and can be controlled by voice commands. TCL will reveal the first such device at CES on January 8th.

In addition to expanding its reach to smart speakers and audio devices, Roku is also in the process of developing its own voice assistant. Dubbed “Roku Entertainment Assistant,” the software will be optimized for home entertainment (unlike most other virtual assistants, which typically have a much broader series of use cases).

Roku says that it plans to roll out the assistant as a free update to all Roku TVs and Roku players this fall alongside Roku Connect. Once the assistant is available, anyone with a voice-supported Roku device will be able to use voice commands to interact with their devices. As an example, Roku says that a user could say, “Hey Roku, play jazz in the living room,” and a Roku Connect smart speaker will begin playing music, even if the TV is turned off.

Roku tells TechCrunch that it will license the software to OEMs for free, so there won’t be any barrier to entry for the device makers that want to include Roku Connect functionality. Roku will instead monetize users that it gains through their engagement with paid content and advertising on their Roku devices. The company is confident that users want a cohesive system that allows them to connect all their myriad devices, and that’s what Roku is offering:

“It’s hard for consumers to set up,” Mark Ely, Roku VP of Product Management, tells TechCrunch regarding traditional home entertainment devices. “It’s based on existing standards that were designed before the connected community era, that limits features, fidelity and ease-of-use. You can’t use modern conveniences – like your voice – to make it all automatically work. What we believe consumers really want is a home entertainment network.”