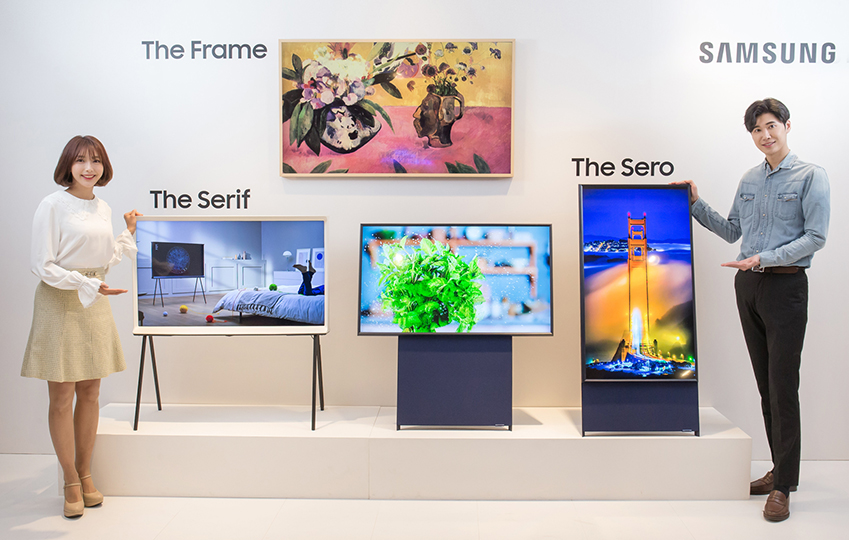 Samsung has figured out a hot new product the company thinks millennials will crave. It’s a 43-inch vertical TV, a concept Samsung apparently decided to introduce as a result of our fixation with the vertical layout of mobile screens, the thinking being that this particular piece of hardware would be great for casting your phone content over to — in addition to, you know, using it as a TV.

If the above didn’t make you throw up in your mouth a little and you’re still reading, the other highlights of this new TV — called the Sero, which means “vertical” in Korean — include the presence of 4.1 channel 60W speakers, plus Samsung’s digital assistant Bixby, which theoretically will let the TV also serve as anything from a music player to a super-expensive photo display. Samsung is positioning the TV as more than just an off-the-wall concept design, having introduced it today at a pop-up store in Seoul, and the company plans to actually release it in Korea toward the end of May.

“Samsung Electronics analyzed the characteristics of the Millennial generation, which is familiar with mobile content, and presented a new concept TV,” the company announced today in Korea, according to an English translation of the announcement. The Sero, the company continued, “is based on the vertical screen, unlike the conventional TV.” The screen, however, can also be reoriented toward a more traditional horizontal format.

Beyond the rotating screen, the design includes a modern navy blue color finish, and Samsung also intends the TV to be used — when you’re not actually watching TV — to display everything from photos to clock faces.

The Sero is certainly more evidence of the increasingly experimental spirit that Samsung has been bringing to TV design of late, experimentation that’s not only limited to its increasingly unconventional smartphone designs and concepts. Similar to the Sero, for example, there’s also Samsung’s artistic Frame TV which doubles as both a TV and a piece of wall-mounted art. Call me crazy, though, but there’s something dispiriting about seeing a major consumer electronics giant rethinking the design of a staple of modern life simply because all of us, and in particular young people, are so addicted to our phone screens. Millennials, if nothing else, are also a fickle master, which is another reason embarking on an effort like this could end up being a fool’s errand, chasing an illusory goal.