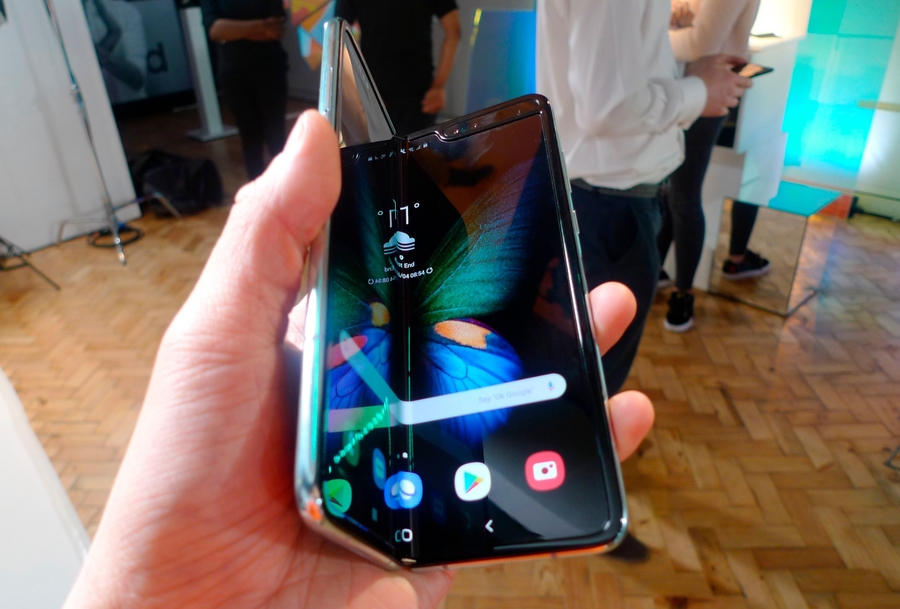 Samsung’s first foldable smartphone is starting to feel like the Bigfoot of tech. There are all these reports claiming that people have seen it! It exists! And there are photos of it in the wild! Awareness of the mythical creature is surprisingly widespread, despite the absurdity of its existence. And here we are with the Galaxy Fold, which Samsung promises us is still coming, despite its failure to launch on time due to incredibly worrying early reviews

Extraordinarily, a new report suggests not only that the foldable handset is coming soon, but that Samsung is also prepping its successor for 2020.

That news is courtesy of a fresh report from the Taiwanese supply chain, via PhoneArena, which cites unnamed sources and also reiterates that Samsung’s 6.7″ Galaxy Fold successor will apparently bend around the horizontal axis. It will also reportedly sport a 1″ screen on the outside to display things like notifications.

The apparent thinking is that the original-but-tweaked version of the Fold is still planned for release this summer or shortly thereafter. Beyond that, the rumor is that Samsung’s priority going forward for its foldable is “portability” instead of trying to make the biggest screen size work.

Per the new report out of Taiwan, the timetable would then be for Samsung to start sourcing its 6.7″ bendable display in November ahead of a mass production run and launch during the first half of 2020 for the Fold 2. This also comes, we should add, in the wake of at least one recent public spotting of what appeared to be the original Galaxy Fold being used by a train passenger in India, as we reported here, leading to speculation that public testing for the troubled device is underway now.

Samsung Electronics CEO DJ Koh also revealed to members of the press during a presentation in recent days that more than 2,000 Galaxy Fold units are currently being tested, so that could be one more sign the re-launch, finally, of the original Fold may be close at hand.