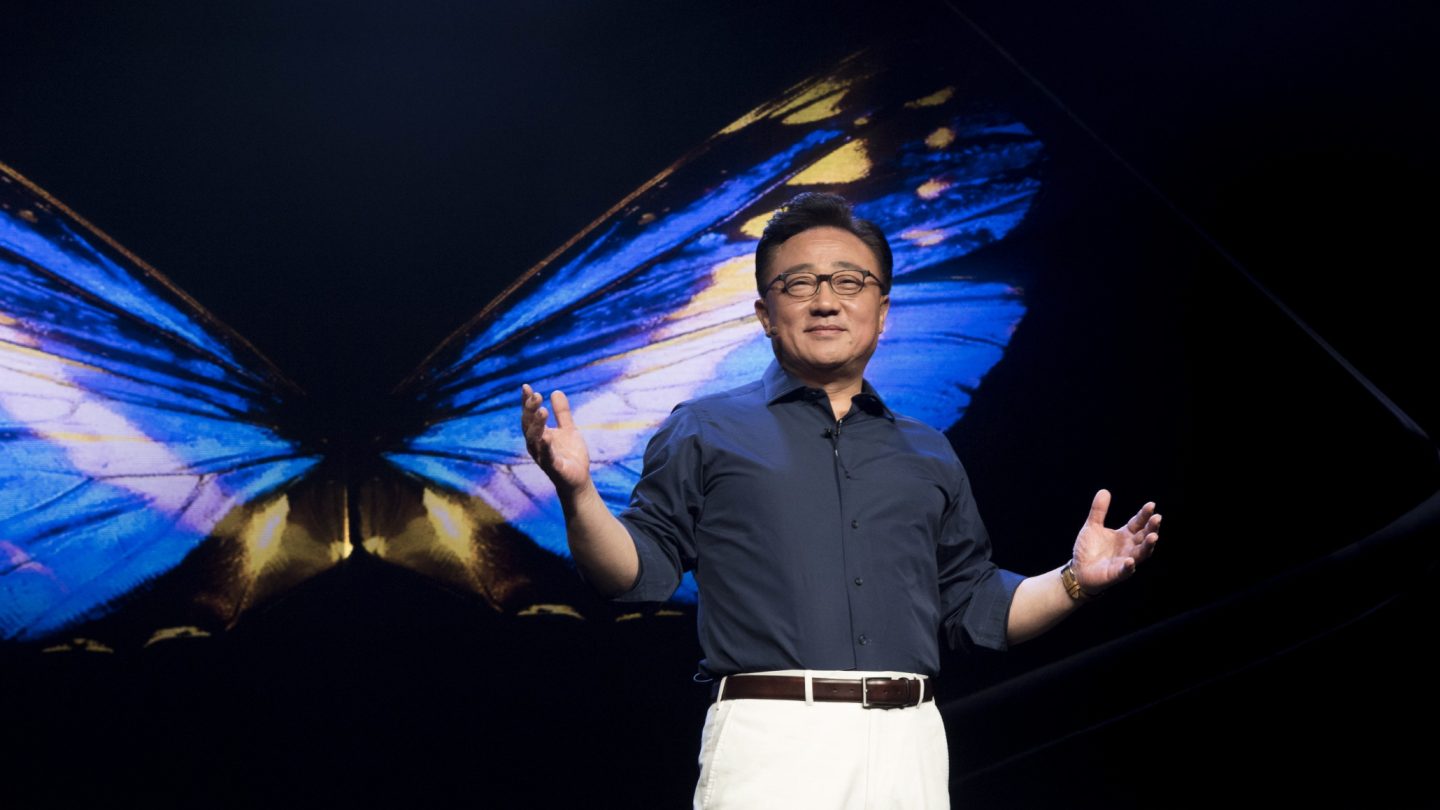 One of the most exciting foldable handsets of the year will be Samsung’s Galaxy F — a device that was already shown off in early November. The phone will have a tablet-sized display when unfolded, but it shouldn’t be bigger than a regular smartphone when folded. The new design is possible thanks to a special transparent film that Samsung will use instead of glass to cover the flexible OLED screen, as well as a hinge mechanism that makes folding possible.

But Samsung has come up with other designs for foldable handsets, including a model that uses magnets to connect what appear to be two independent smartphones.

Discovered by Dutch blog LetsGoDigital, Samsung’s patent was filed back in June and published in early January. As you can see in the following images, Samsung imagined a foldable device that looks a lot like some of the existing foldable phones out there. We’ve got two phone screens connected by a magnetic hinge.

That means you don’t get a continuous display area when the device is used in tablet mode, which kind of defeats the purpose of having a foldable device. However, this design would support a variety of other form factors that could still extend the screen size of the handset.

The phone can be transformed by sliding, with the main camera turning into a selfie cam. The second screen can also be turned into a slide-out keyboard. The software, meanwhile, would be able to adjust to the screen size you’re using automatically, the patent reveals.

It’s unclear, however, how strong the two magnets are. Also, given that there are no wires between the two parts, it’s unclear how the two sides communicate and, more importantly, how they share battery life. The worst thing that could happen is for one of the two halves of the device to die after depleting its own battery.

Then again, we’re looking at a patent here, which describes technology that’s still theoretical. Samsung may never develop such a smartphone, but it may be looking to cover all its bases when it comes to foldable smartphone design.