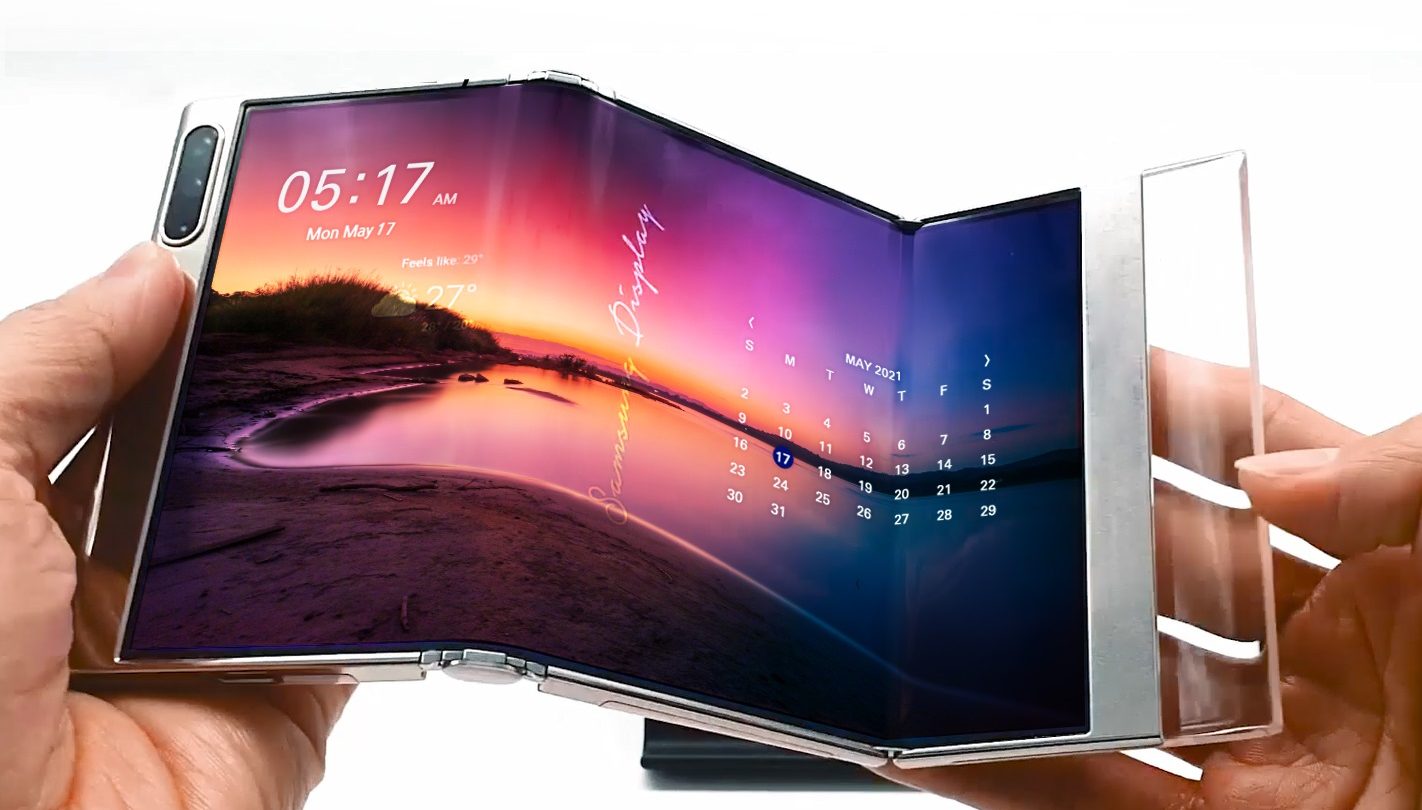 When Samsung’s first Galaxy Fold arrived in 2019, it felt more like a proof of concept for foldable smartphones than a viable product to compete with the iPhone. A year and a half later, Samsung has released two more flagship foldables — the Galaxy Z Flip and Galaxy Z Fold 2 — and the progress is impossible to ignore. Foldable phones weren’t ready for primetime in 2019, but they are getting closer all the time, and Samsung is committed to being at the front of the line when they finally break through. It proved that once again at Display Week 2021.

This Monday, Samsung showcased a number of next-generation OLED displays at the Display Week 2021 exhibition put on by the World Information Display Society (SID). These aren’t actual products (at least not yet), but they help to give consumers an idea of what the new displays will be capable of when they arrive.

What’s better than a phone that folds once? How about a phone that folds twice? The S-Foldable display would allow a phone to do just that, maxing out at 7.2 inches and folding in or out to significantly increase the surface area of the display or make it compact enough to slide into even the smallest pocket.

Samsung also showed off a 17-inch foldable laptop, which is one massive, foldable display that can be propped up at an angle to serve as a laptop with a touchscreen keyboard, folded in half to turn into a tablet, or unfolded all the way out to create a large screen that could be used to present something to other people.

The most intriguing reveal was the Slidable display, which can be slid out from a device horizontally to expand the screen size for watching videos or multitasking. Once the user is finished using the slidable portion of the screen, they can slide it back in to reattain the form factor of a standard smartphone.

Finally, Samsung gave us a sneak peek at its Under Display Camera, which is a front-facing camera for portable devices that sits under the display panel in order to eliminate the need for holes or notches. As you can see in the video below, Samsung is currently demoing the UDC technology on notebooks:

“Samsung has always strived to not just deliver vibrant and beautiful displays, but also products that provide a useful and practical experience,” said Samsung Display head Joo Sun Choi in a press release. “Samsung Display will keep developing various self-luminous technologies including OLED, QD, and LED. It will take the lead in growing the market by providing display solutions in various sizes ranging 1-inch to 200-inch.”