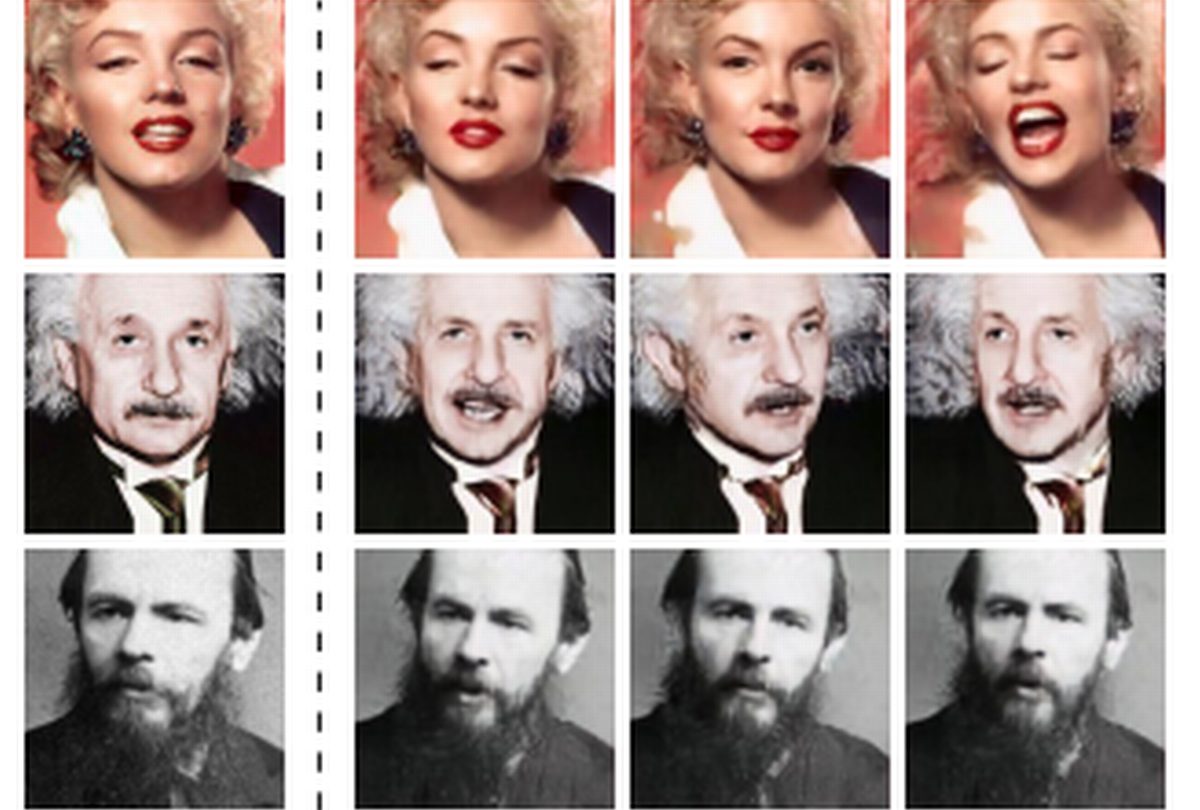 Imagine using a black and white photo of your great-grandparents to see what their facial expression would have looked like as they speak. That’s the kind of trick current technology can actually make possible. Using artificial intelligence and machine learning, companies only need a single picture to bring it to life, whether it’s someone’s photo or a painting like DaVinci’s Mona Lisa. Now imagine someone using this deepfake technology to create and spread fake clips of politicians saying horrible things. Yes, the tech is equal parts amazing and terrifying, and Samsung is the latest company to create mind-blowing deepfakes.

Samsung’s AI lab in Russia published a paper that explains how one can train a neural network to learn facial movements and expressions and then apply the obtained data to stills from images, videos, and even paintings.

The results are indeed mesmerizing, as you’ll see in the video at the end of this post. Famous personalities including Marilyn Monroe and Albert Einstein have been animated with ease in these tests, and the AI recreated several potential models for the Mona Lisa. It’s easier pulling the trick off with actual images of a person rather than paintings, as photos are a lot closer to reality, but the Mona Lisa deepfakes are still quite impressive.

Samsung’s AI only needs a single image to animate it, which makes the tech even more interesting. But this is the kind of feature that could put a dangerous weapon into the hands of people with malicious intentions. The AI doesn’t use voice, so you can’t use it to create a Trump video delivering a fake declaration of war. But the technology that might make something like that possible is also in the works.

The system uses various facial expressions on top of the source image, turning a photo into a moving head. The more images you have for the person whose stills you want to animate, the better the end result will be, as the computer will be able to take into account multiple angles, facial movements, and poses.

The result is so sophisticated that in many cases you won’t be able to tell the difference. The Mona Lisa example is the best one to check out, as the researchers offer three distinct faces to bring Mona Lisa to life. Check out the brief explanation of Samsung’s deepfake tech in the clip below.