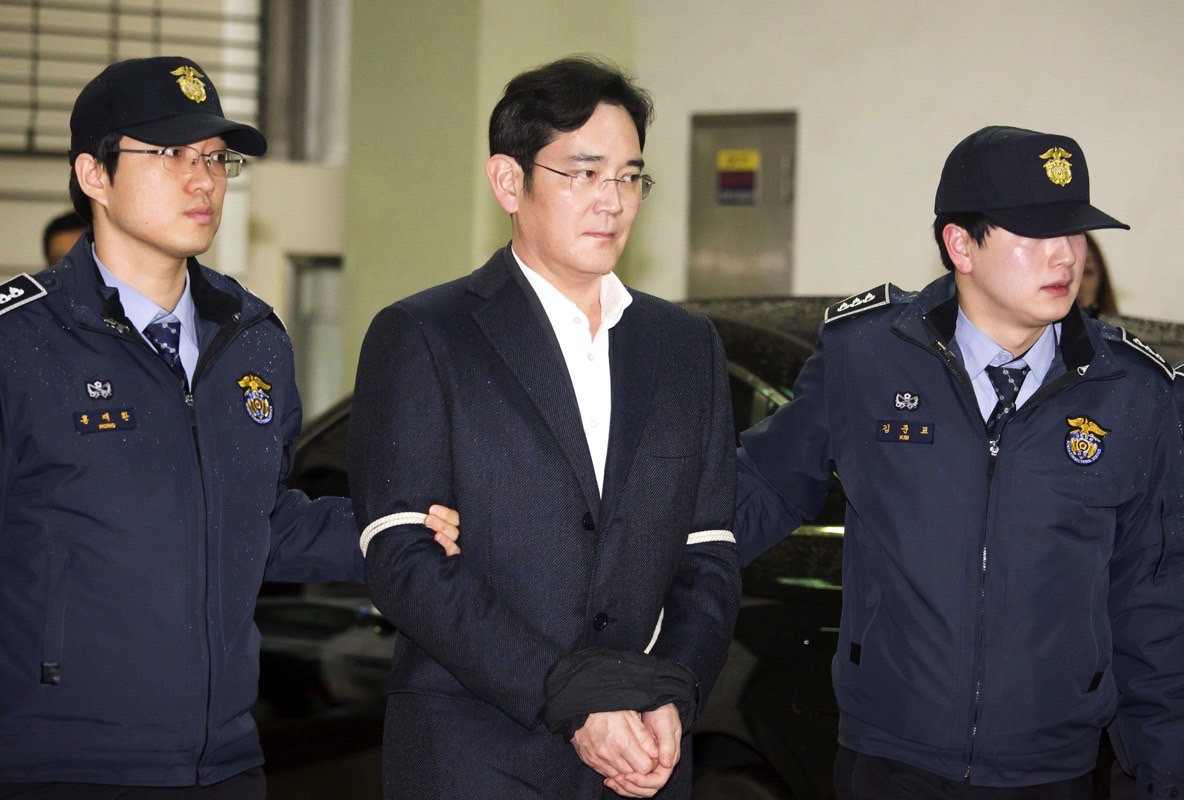 The trial of the century started all the way back in winter when the Samsung Electronics heir was charged with bribery, among other things, in a scandal that swept the nation. A Seoul court on Friday handed in the verdict, and Samsung’s Vice Chairman Lee Jae-yong faces five years in prison. Other Samsung executives also received prison sentences in the same case.

“The essence of the case is collusive ties between political power and capital power,” Judge Kim Jin-dong said, according to The Korea Herald. “As Samsung executives, they had a great deal of negative impact on society and the economy.”

Lee was found guilty of all five charges that he had to face, including bribery, embezzlement, concealment of criminal proceeds, illegal transfer of assets overseas and perjury.

The heir of the Samsung empire was taken directly to prison — the Seoul Detention Center where he’s been jailed almost six months ago.

The exec will appeal the verdict. “We cannot accept the verdict,” Lee’s lawyer Song Woo-chul said after the ruling. “In the appeal, we are certain to have all charges proven not guilty.”

In the meantime, the special counsel was able to convince the court that Lee, using Samsung money, donated some $38.3 million in sports sponsorships to Choi Soon-sil’s daughter. Choi, meanwhile, is a close friend of former President Park Geun-hye.

In return for the money, Choi and Park helped Lee secure his position as Samsung heir. What actually happened, according to courts, is that Park pressured the state-funded National Pension Service to agree to a Cheil Industries and Samsung C&T merger in 2015. As the largest stakeholder, the pension fund clinched the deal, which is seen as a crucial step for a leadership transition from Samsung’s former leader, Lee Kun-hee, to his son.

Park and Choi are defendants in a similar trial, with a ruling expected in October.