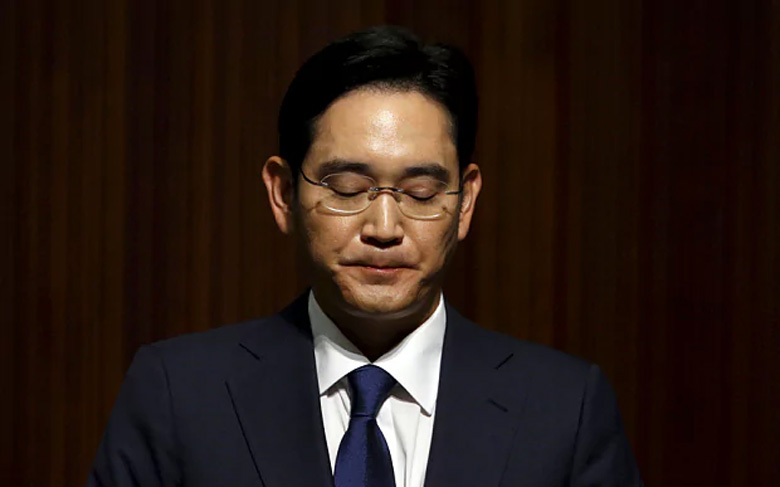 Samsung is going through what seems to be its darkest period in a quite a while. The company is putting its final touches on wrapping up the major Galaxy Note 7 recall scandal, but that’s just one of the problems it has to deal with. As a direct result of the Note 7 battery explosions, Samsung showed up at MWC significantly handicapped, as the Galaxy S8’s launch had to be postponed for more than am month. On top of that, Samsung heir Jay Y. Lee is under investigation in South Korea. He was arrested a few days ago in connection with the major corruption scandal in the country that involves the president of the country.

Authorities are about to formally indict Lee on multiple charges, including bribery and embezzlement.

South Korea’s special prosecutor’s office announced that Lee’s imminent indictment, BBC reports, revealing that four other Samsung execs will also be officially charged. Three of them resigned on Tuesday as a result.

Lee and Samsung are accused of having donated money to non-profit organizations operated by Choi Soon-sil, a long-time friend and confidant or President Park Geun-hye.

In exchange for donations totaling more than $36 million, Samsung received Park’s support for a merger between Samsung affiliates that helped consolidate Lee’s succession. He is the heir of the Samsung empire, the de-facto ruler of the company, following his dad’s heart attack in 2014. The merger sparked some controversy a few years ago and required the support of the national pension fund, which it got in return for the money it donated.

Samsung confirmed that it gave half of that money to two foundations, without requesting favors in return. Lee said the company also gave a horse and money to support the equestrian career of Choi’s daughter, something he now regrets.

Park is currently stripped of her powers after Parliament voted to impeach her last December. The constitutional court is now hearing Park’s case. Choi, meanwhile, is also on trial, facing charges of abuse of authority, coercion, and attempted fraud among other things.

Even though Lee is going to be formally indicted, Samsung’s day-to-day business shouldn’t be impacted, at least not in the immediate future. However, this corruption investigation is a huge blow to Samsung’s image.