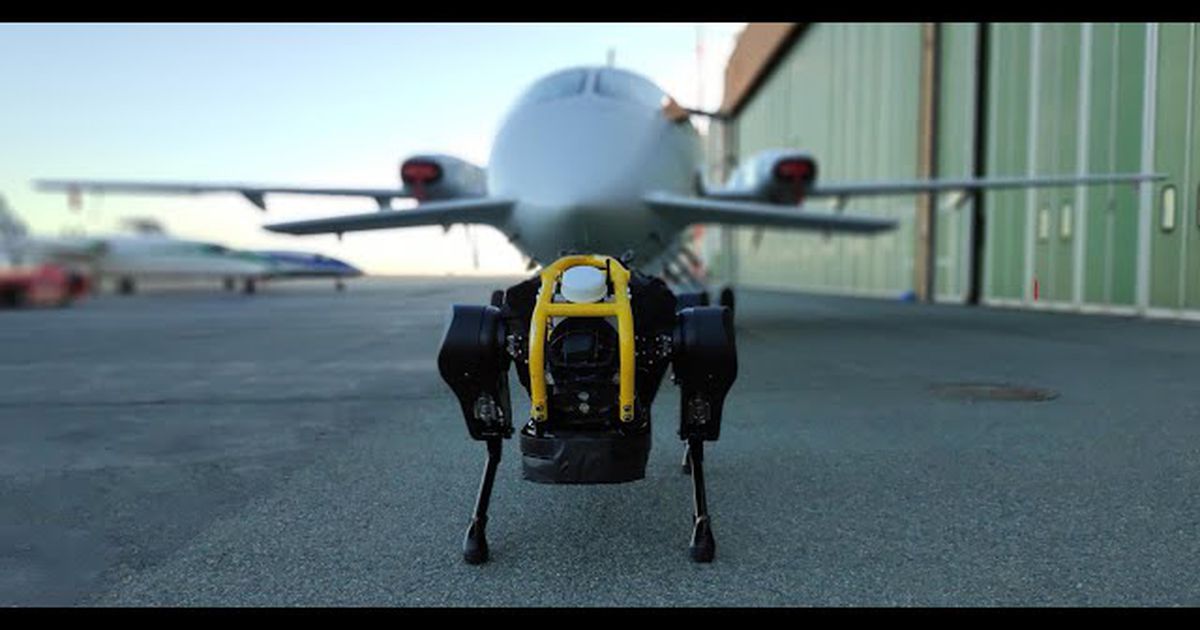 At a time when engineers have been perfecting robots that can perform skills like walking, gymnastics stunts, and warehouse-related box-sorting, researchers from Italy’s Istituto Italiano di Tecnologia just upped the ante in a major way. Meet the HyQReal, a robot dog that was able to successfully pull a 3-ton Piaggio P180 Avanti passenger airplane almost 33 feet at Italy’s Genova Airport, according to the researchers.

The feat happened last week, and the researchers touted it today as a way to show off the strength of the robot they created to augment humans in emergency scenarios, such as fire rescue or other interventions needed in places inaccessible to emergency responders.

The four-legged robot, which is a little more than 4-feet long and 3 inches tall, can be seen in the video above tugging a plane that’s more than 45 feet long.

“Towing a plane has allowed us to demonstrate the strength of the robot, energy autonomy and highlight a design suitable for the uses,” said Claudio Semini, project leader of IIT’s Dynamic Legged Systems lab, in a statement about the news. “We wanted to try something that had never been done before, and last week we succeeded.”

The IIT researchers have been working on iterations of this robot since 2007 and have taken inspiration from nature for it, according to the IIT. That’s meant studying animals like goats and horses that can maneuver themselves over almost any type of terrain, and incorporating those findings into the design.

In a news release Thursday, the IIT said its long-term ambition is to create hardware, software and “robust” algorithms for 4-legged robots that make them strong enough and capable enough to enter areas of rough terrain or that are otherwise inaccessible to humans. Making them thus able to be relied on to help in situations like natural disasters, the dismantling of buildings and the inspection of unsafe structures, among other use cases.