Technically, I could have spent all of this past week living off-grid. For the past week, I’ve charged every electronic gadget I own off a giant battery pack that’s more like a mini generator alternative than a battery pack.

Unlike the kind of thing you buy off Amazon for $40, the River pack can’t fit in a laptop bag, and it definitely doesn’t cost $40. But for $459, what you get is a 116,000 mAh battery with four USB-A ports, two USB-C ports, and two AC power ports that can deliver 300 Watts, enough to charge several laptops at once or even power a small fridge. 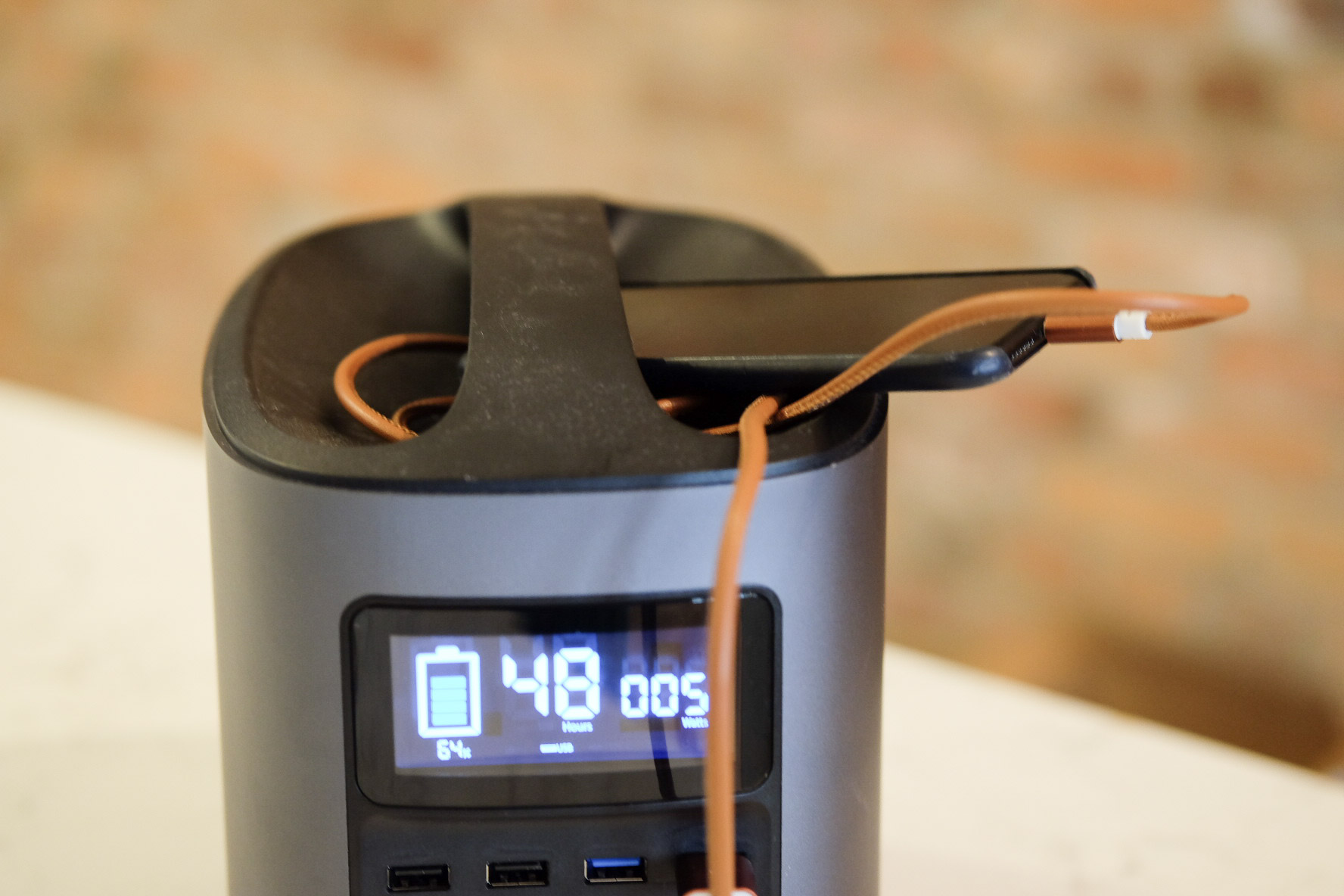 I’ve been testing the battery for the last two weeks, on a mixture of backcountry trips, in-car blogging sessions and eventually around the house, as I ran out of ways to test it. It’s difficult to compare the River to other battery packs, as with the exception of a few companies focused on polar expeditions and Everest camps, it’s a unique product.

At nearly $500 and 11 pounds, it’s not something you carry around every day to keep devices juiced up. It also doesn’t quite have enough power to keep your house running like a generator, although I’d love to have this charged up in the event of a blackout. Instead, I think it appeals to people who go camping, take long road trips, and also want to be prepared in the case of a blackout taking down your internet. 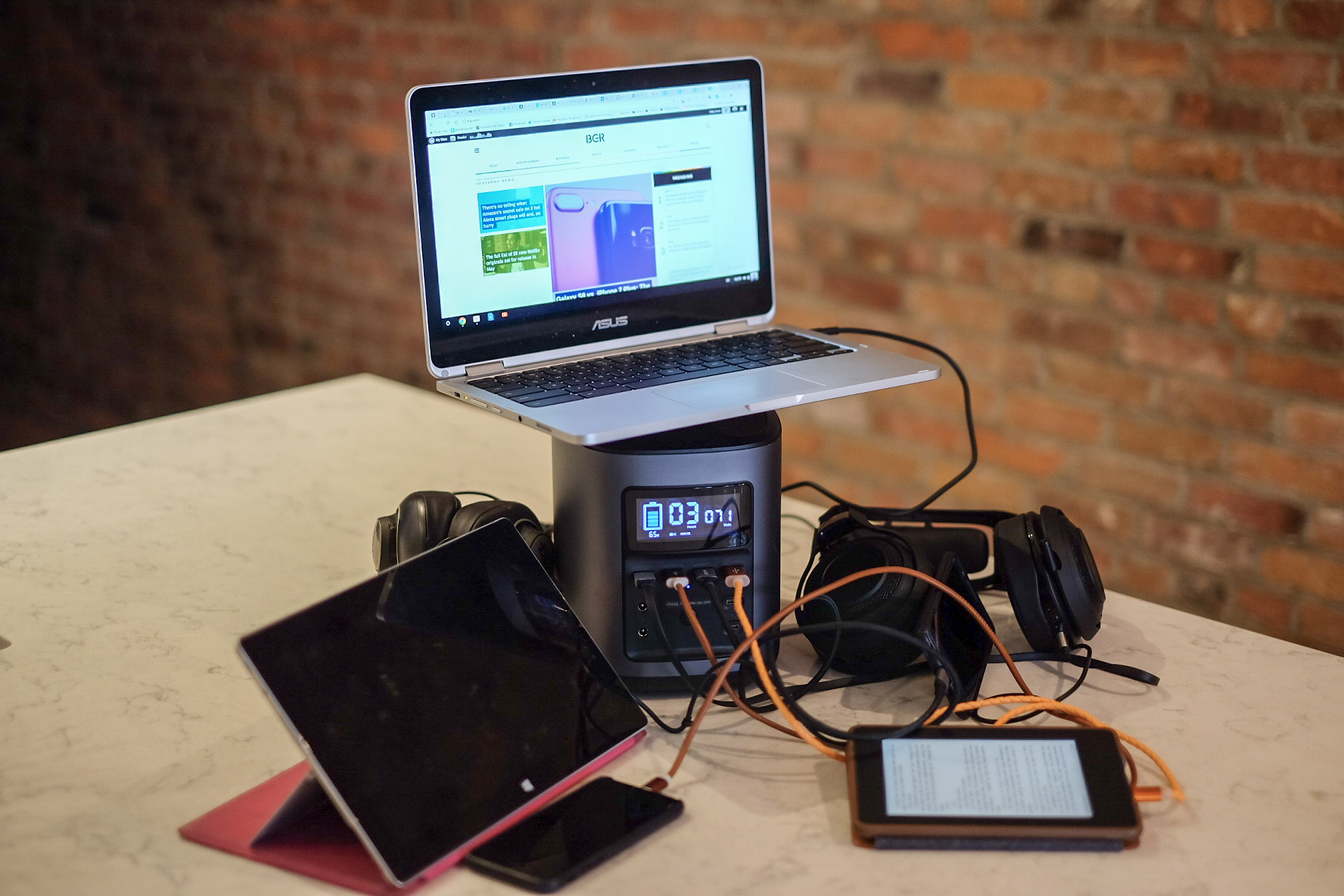 It’s not a limitless power source, but it can run any normal electronic gadget, within reason. The four USB-A ports and two USB-Cs on the front work exactly as you’d expect: the USB-As all support Qualcomm’s QuickCharge standard, so you can power any phone or tablet off them. The USB-Cs work to charge a newer laptop or phone at speed, meaning you don’t even need to carry around a wall-wart charger for your laptop, just a double-ended USB-C cable.

As for the AC ports, they can output up to 300 Watts in total. By way of comparison, a charger for a powerful laptop like a MacBook Pro draws 65 Watts, and my small desktop PC only draws 250.

In an effort to see what couldn’t run off the River, I did wander around my house for an hour trying to power random items with the battery. I had success with:

Some things don’t work: higher-energy devices, like a toaster, kettle, or a corded drill draw too much power, and the battery shuts down as soon as you plug them in. Still, running anything that doesn’t drill holes or heat water off a battery pack is a neat trick. 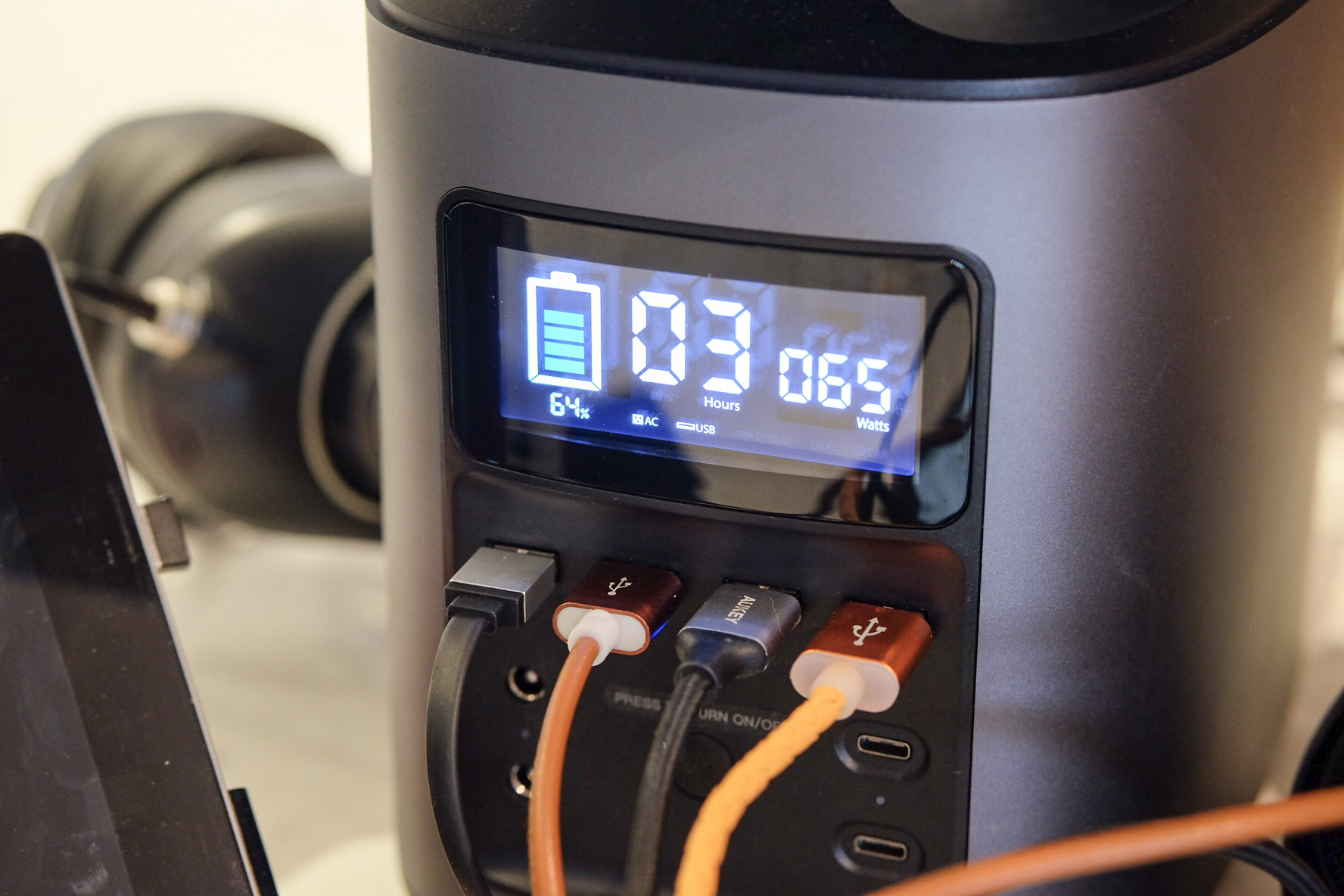 How fast the battery depletes depends entirely on what you run off it. As a reasonable test, I used it as the exclusive source of power for an iPhone, a mid-sized Chromebook, a smartwatch and a camera for a week, and it’s still at about 30 percent battery. It seems to be good for around 10 charges of a modern Chromebook, or around five of a much older, power-hungry MacBook Pro. You could probably deplete it if you use it only to charge a phone, but you’d need more patience than me.

A few other details add to the appeal of the River, in addition to the limitless power storage. The design is water-resistant, so it can take a light rain shower or water spray without exploding. It’s got a sizeable carry handle along the top with a recessed surface that makes a great place to leave a charging phone, but best of all is the screen. It shows you the current battery percentage, but also the current power draw from all attached gadgets, which is useful for seeing how much power your devices actually use. 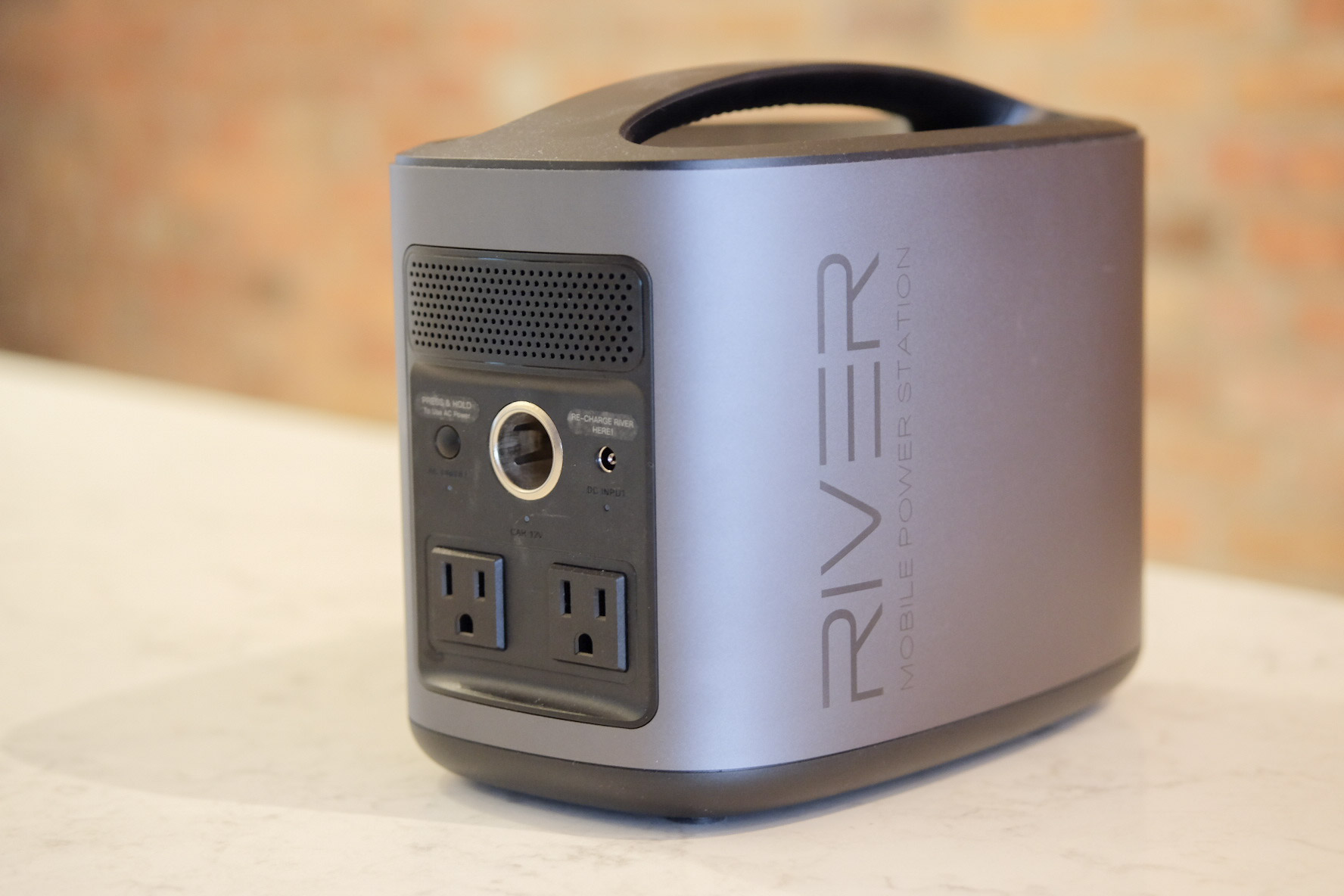 It isn’t without its gripes, though. The River is on sale through Indiegogo, rather than a more conventional online store. That limits the buyer protections you get, and there’s always the risk with crowdfunding campaigns that they’ll collapse before you get your reward. That risk is always there, but considering they’ve got to the stage where they have fully-functioning samples in the hands of reviewers, it’s difficult to imagine the entire thing is an ill-fated scam.

I would also have liked to see a few different models with different capacities and weights. Although the full-size River would be perfect for a week of car camping, the size and weight limits where you can take it. A version half the size would be awesome for backpacking or canoe-camping, and would let you take drones and cameras to places that are difficult to access currently. Equally, a slightly larger version with a higher peak capacity would serve as a genuine replacement for a generator for some homes.