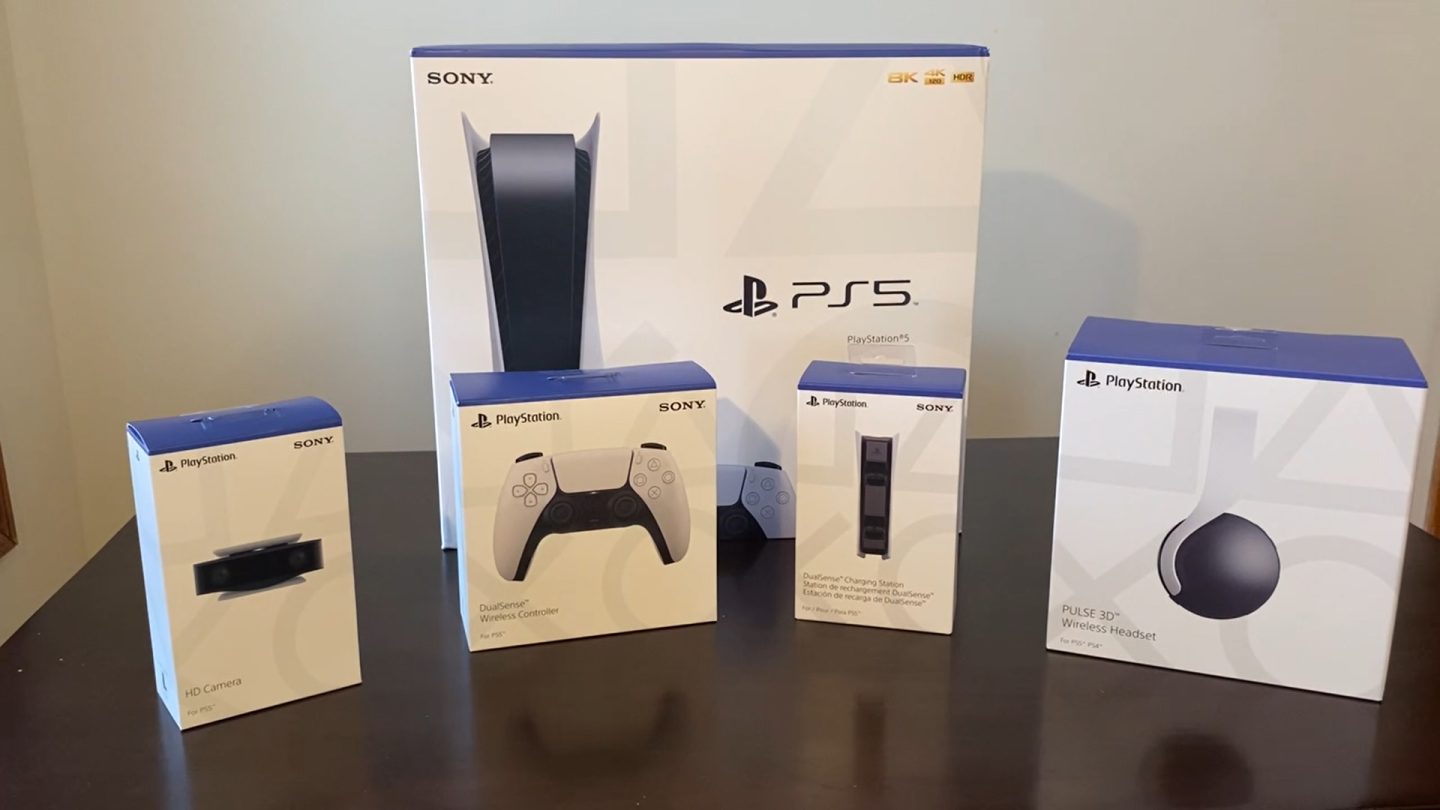 Last Friday, we received our PlayStation 5 from Sony in order to review the console ahead of its launch on November 12th. We are not allowed to talk about what it’s like to play the console quite yet, but we can show you what comes in the box and attempt to express just how enormous the next-generation console truly is.

As you will see in our unboxing video below, Sony sent us a PS5 (the one with a disc drive), a DualSense Wireless Controller, a DualSense Charging Station, the HD Camera, and a PULSE 3D Wireless Headset. Every one of these products has the same black and white color scheme, and while there will undoubtedly be more colorful accessories and special edition consoles in the future, the cohesion of the launch day devices is striking:

As I hinted above, removing the PS5 from its box was a genuinely surprising experience, even as someone who has spent the past several months writing about the new console on a daily basis. I do not want to belabor this point, and it obviously shouldn’t matter much once it has settled into the entertainment center in your living room, but the PS5 is the biggest console I’ve ever owned by leaps and bounds, dwarfing the PS4 Pro and Xbox One X.

That said, the design is unquestionably distinctive, and although I have yet to decide whether or not this is a perk, I really do like the look of the PS5. We’ve covered the specifications and features previously, but in the video, you’ll get a closer look at the USB-A and USB-C ports on the front of the console above the power and eject buttons, as well as the Ethernet, HDMI, power, and two additional USB-A ports on the rear side of the PS5.

As for the accessories, I can’t go into too much detail, but the DualSense makes a great first impression, especially for those of you who might have fallen out of love with the PS4’s DualShock 4 in recent years (I know I have). It’s got just the right amount of weight to it, and it immediately feels like a much sturdier and more premium controller. Sony’s official Charging Station should also be handy if you don’t want cords dangling everywhere.

The HD Camera is much sleeker and more attractive than the PlayStation 4 camera, but there’s not much else to say about it until we get a chance to use it. Finally, the PULSE 3D appears to be a quality headset for the price ($99), and comes with a small wireless adapter so that you don’t have to worry about manually pairing it.

We’ll have much more to say about the PS5 in the coming weeks, so stay tuned to BGR.