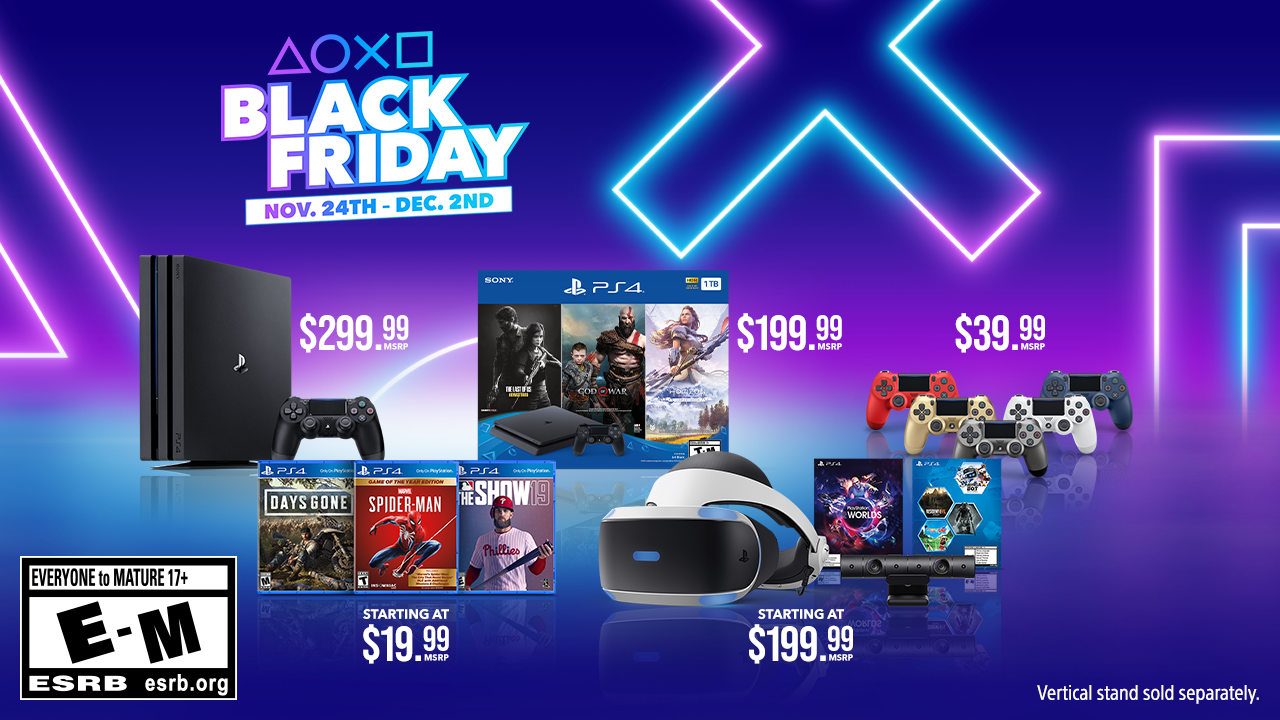 Sony announced that it will launch its next game console during the 2020 holiday season, but if you’re still interested in picking up a PlayStation 4 or a selection of PS4 games, now might be the perfect time to do so. On Monday, Sony revealed all of the major Black Friday and Cyber Monday deals it will be offering from November 24th to December 2nd, and whether you’re in the market for hardware or software, there’s something for you.

Of all the deals listed below, the one that stands out is the Only on PlayStation PS4 Bundle, which comes with a 1TB PS4 console and three of the best games that have ever released on the system. Those games alone should last you through the holidays this year. Also, if you need an extra controller or you’re looking to re-up on your PlayStation Plus subscription, both will be on sale from November 24th through December 2nd:

There will be other great PS4 deals over the course of the next two weeks (including mistakes like the $25 PS Plus deal that temporarily popped up on Amazon yesterday), so keep an eye out for those.