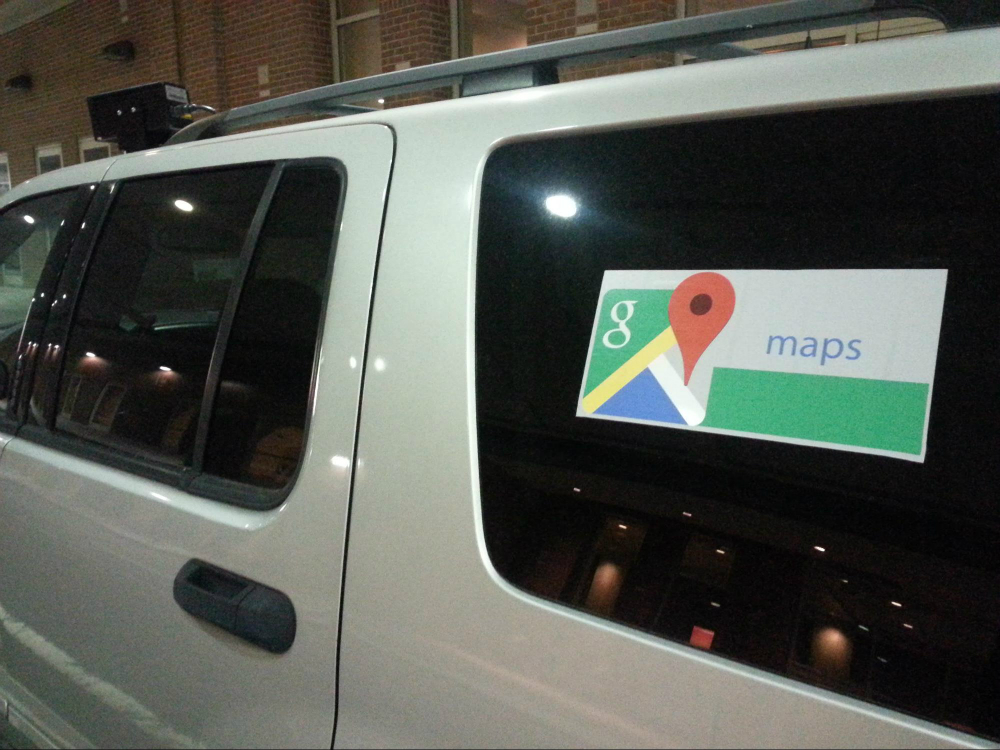 An image emerged online earlier this week showing a parked SUV that looked nothing like a Google Streetview car, even though it had a Google Maps sticker on it. Discovered hiding in “the shadows” of the Philadelphia Convention Center, the car had two license plate readers on the front. Unsuspecting people who have never seen a Google Streetview car might confuse the spy SUV for an actual Google Maps car. But savvy internet users who can tell the difference knew better than that, realizing this was likely a law enforcement car disguised in a most unexpected way.

Soon enough, police confirmed the SUV belonged to its fleet. But authorities also denied any involvement in adorning the car with a Google Maps decal. That’s hilarious, stupid and scary, all at the same time.

“We have been informed that this unmarked vehicle belongs to the police department; however, the placing of any particular decal on the vehicle was not approved through any chain of command,” told Motherboard, which first published the image above. “With that being said, once this was brought to our attention, it was ordered that the decals be removed immediately.”

Philly police are investigating the matter and so is Google, which is probably not happy to hear police spy cars are masquerading as Google Maps cars.

The equipment on that police car is “scary efficient” according to Brandon Worf, who worked for three years at a sales group specializing in public safety technology.

The ALPR gear installed on the now-confirmed police car “is based on the use of infrared cameras to find plate numbers and letters via temperature differentials between those characters and the surrounding background through optical character recognition,” according to Worf.

The cameras can read and process “several plates” at once “in a fraction of a second.” In addition to plate data, the machine collects plenty of other metadata including times and dates, GPS locations and a photos of plates and vehicles.

It’s not clear what the police SUV was doing there, but it was likely collecting data for some sort of investigation. Why police felt like they had to hide behind Google Maps banners is an entirely different question.