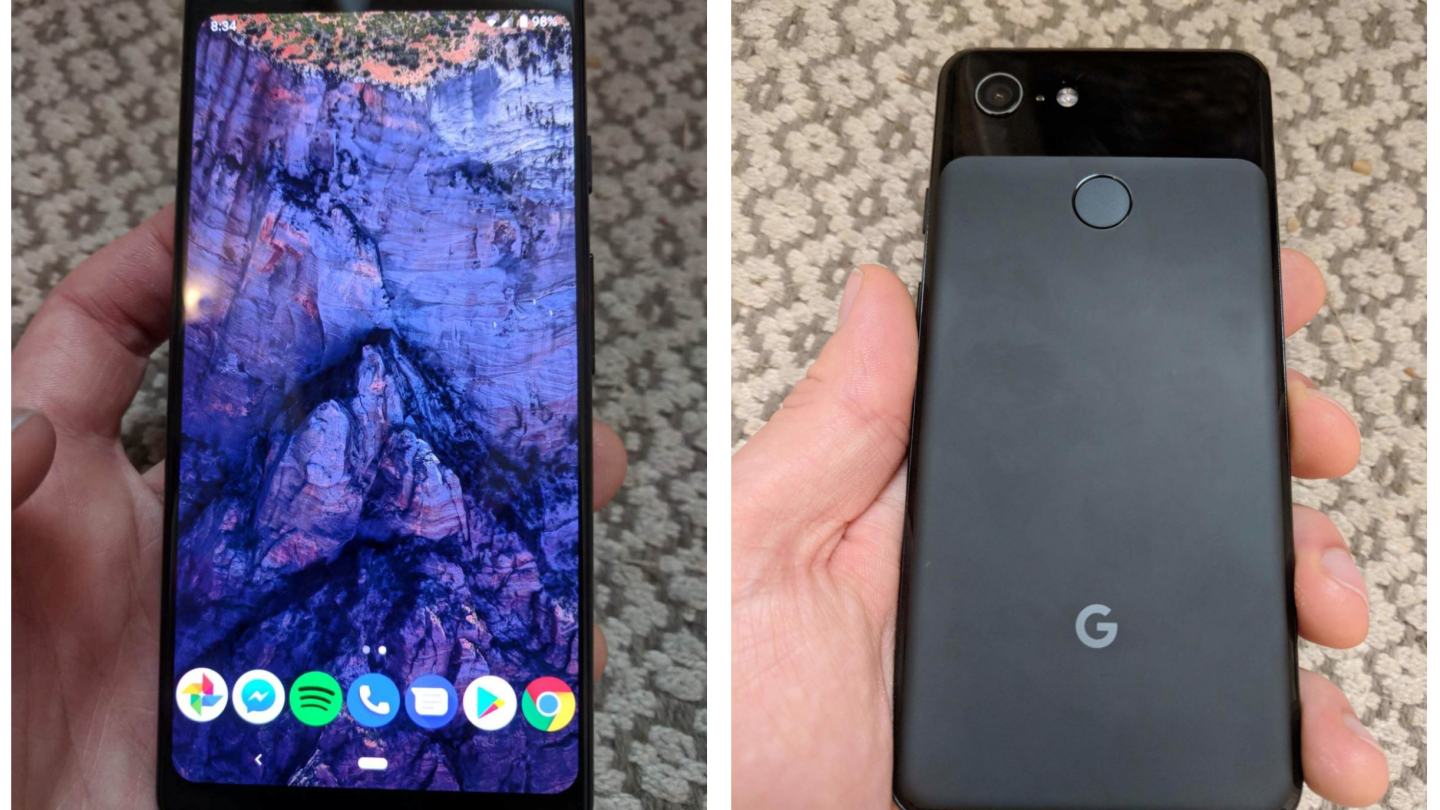 It’s a big day for leaks. The first real-life images of the new iPhone XS models just leaked, and now we’ve got our first look at the Google Pixel 3 in the flesh. Although the Pixel 3 XL has been leaked extensively, thanks to a shipment of phones seemingly falling off a truck, we haven’t seen any real shots of the Pixel 3 until now.

The images come from Reddit, which means that we have the usual caveats that this could easily be fake, Photoshopped, or a Google employee working hard to troll us. It’s a comprehensive leak, since addition to showing off the outside and physical design, it also gives us a good look at the claimed internals.

The physical design is exactly what we’ve been expecting: a glass top third of the rear, matte material lower down, and a fingerprint sensor on the back. As we’ve come to see from Google, the Pixel 3 is also only sporting a single camera lens in the top-right of the phone, which moves it well away from the fingerprint sensor.

Around the front, there’s no infamous notch; instead, Google is sticking with the bezel top and bottom, and a screen with rounded corners. According to the specs page, that screen has a 5.5-inch display with a 2:1 aspect ratio, a resolution of 2160 x 1080, and a 60Hz refresh rate.

Inside, the leaker’s pictures show specs of a Snapdragon 845 processor with 4GB of RAM. The memory is a little on the low side for a flagship Android smartphone, but the Snapdragon 845 should ensure that it runs Android 9 (which is a lock) very smoothly.

Perhaps the most interesting detail from the leak is that the tipster claims the device is “part of a testing program through a carrier other than Verizon, so I’d expect that exclusivity to end this year.” Previously, the Google Pixel phones have only been available through Google or Verizon.