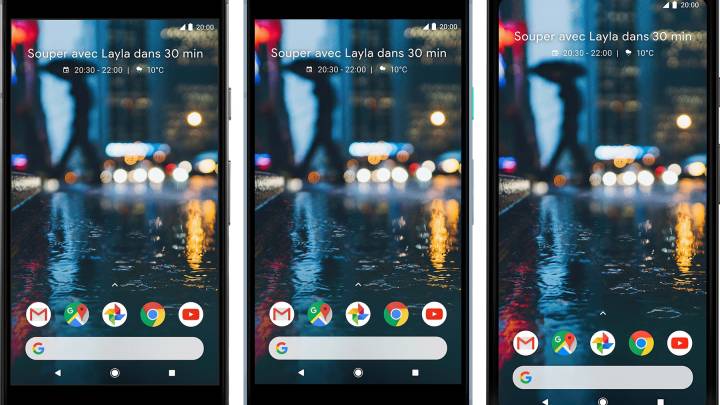 In what will likely be the final leak we cover before Google’s big event today, three new images of the Pixel 2 and Pixel 2 XL were shared on Twitter this morning by WinFuture’s Roland Quandt. These renders are virtually the same as the ones VentureBeat’s Evan Blass leaked earlier this week, but with new colorways that we haven’t seen before. We’ve seen the back of these phones before, but this is the first time we’re seeing the front.

According to Quandt, only the Pixel 2 will be available in the blue color. The Pixel 2 XL will supposedly be offered in both a standard black and a black & white color option, the latter of which we saw in great detail in Blass’s leak.

We’re also fairly certain we know the specs of both phones. Save for the displays (6-inch QHD+ display on the Pixel 2 XL vs. 5-inch Full HD display on the Pixel 2), the phones are identical. They both feature Qualcomm’s Snapdragon 835 processor, they both have 4GB of RAM and there will be two models of each: 64GB and 128GB.