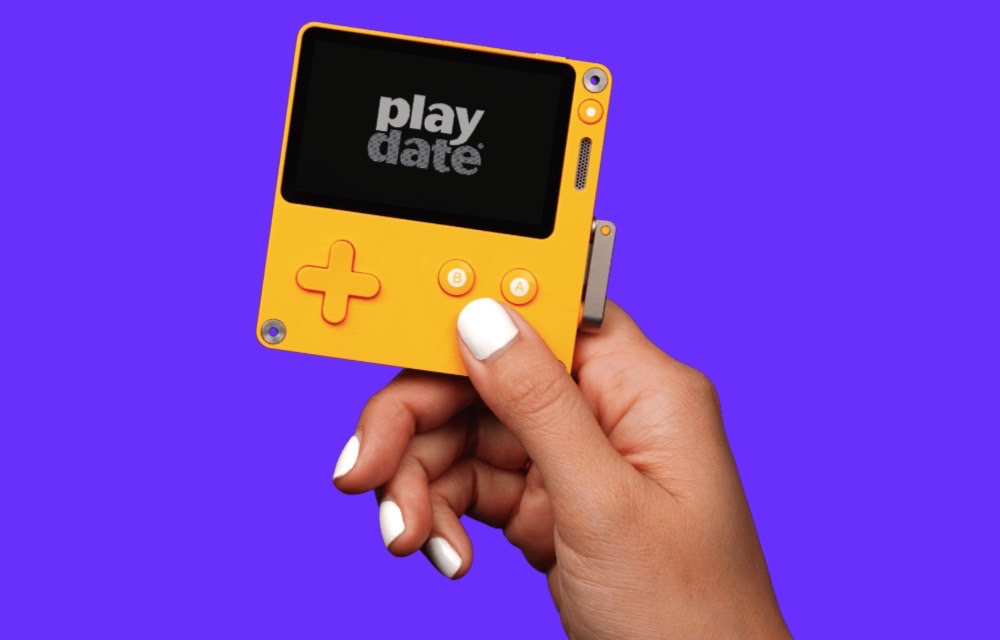 I’m hardly someone you could call a gamer in the traditional sense because most of my gaming takes place on a mobile device I call iPhone. That’s probably one of the reasons why this super weird new handheld gaming console seems so appealing. But the Playdate (image above), which is coming from the same company who made Firewatch, isn’t an iPhone or Android alternative. It’s not even a Switch-like device. It’s something incredibly unusual, a device with a tiny black and white screen, and, to top things off, with a crank.

That thing you see on the right side of the Playdate in the image above is the crank I’m talking about. It’s not a huge button or anything like that. It’s a controller, well, a crank, that you pull out and rotate to play games on that tiny screen. It’ll look like this when you use it:

Yes, it’s very a very weird concept considering what type of mobile gaming experiences we’ve been given in these last few years. iPhone and Android devices have only gotten more powerful, while Nintendo pulled out a gaming console that also works on the go. So this Playdate thing shouldn’t even be able to compete against mobile phones or the Switch.

That asymmetrical design is also one other thing that makes me curious about the Playdate. What’s the deal with that entire screen and speaker combo up top?

As for that screen, it’s just a 400 x 240 black and white LCD, which is, again, super weird. The trend in the gaming business and I’ll include smartphones and apps in the list, is to make those games look better and better with the help of ever more powerful hardware and crispier, higher-resolution screens.

But maybe herein lies the potential magic of the Playdate. Panic proposes gamers a device that only does one thing, black and white gaming, and one thing alone. And you only get a dozen of titles that will be released over 12 weeks whenever the console launches next year. These game come from well-known individuals, and Panic listed some of them on its site, “like Keita Takahashi and Zach Gage and Bennett Foddy and Shaun Inman,” without revealing any other details.

We do know that one of these games require the use of the crank, Crankin’s Time Travel Adventure seen in the screenshot above.

All these games (Season One) will come free of charge, as they’re bundled with the console, which will cost you $149. It sounds incredibly cheap, but it’s not. Double that, and you’ll end up with an actual gaming console that delivers the high-end gaming experiences that I mentioned above.