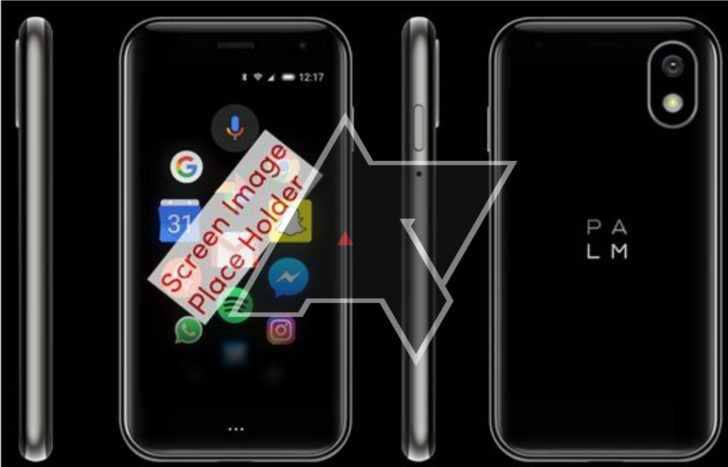 Palm, the PDA company that once made a smartphone operating system that was better than iOS, is back. Kinda. The Palm name is back, tacked onto an Android phone from manufacturer TCL, and Android Police has the leaked details.

According to their source, Palm’s new Android phone is tiny, has a pitiful battery, and really weird specs. The display is a 3.3-inch 720p LCD display, which is downright miniscule compared to the all-screen displays that are getting common on flagship phones. The iPhone X, for comparison, has a 5.9-inch display, and bigger iPhones might be coming.

Powering it all is an 800mAh battery, which again, is much smaller than we’ve come to expect. Granted, with a small, low-resolution display, you don’t need as much power, but this may still struggle to get through a full day.

It would be easy to write off the phone as another low-end budget Android device borrowing a famous name, but that’s where things get weird. The rest of the specs actually look decent: Snapdragon 435 processor, 3GB of RAM, and 32GB of storage. Those specs are very much those of a mid-range Android phone, not something that’s trying to hit the lowest possible price point.

The most likely thing is that TCL is taking advantage of Palm’s once-popular brand name to try and launch a tiny (but adequate) Android phone at a mid-range price point. Once upon a time, people actually liked small phones, and a 3.3-inch display is nearly the same as the early iPhones.