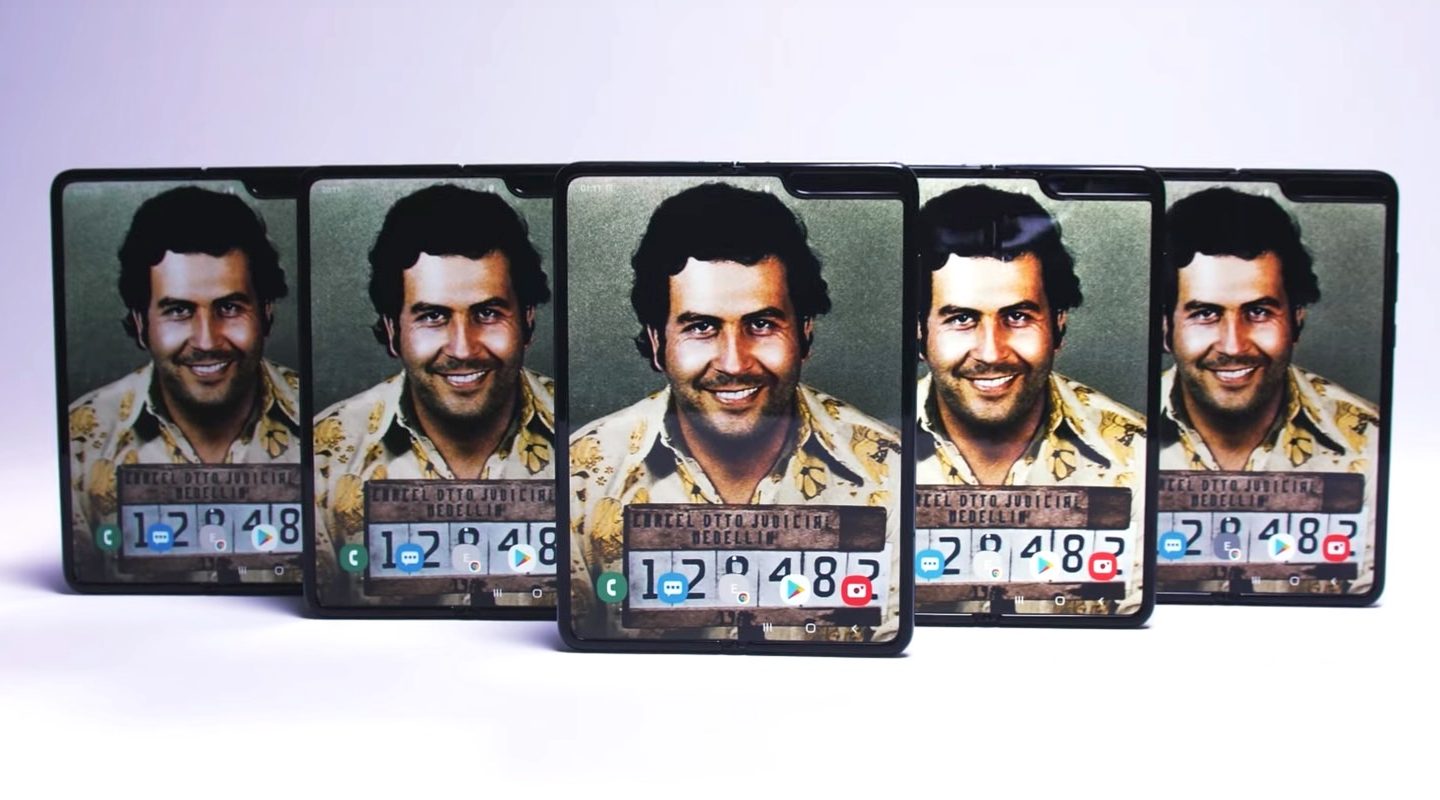 “Fool me once, shame on you; fool me twice, shame on me,” the saying goes, if you can get it right on the first try. And Pablo Escobar’s brother is attempting to fool everybody with a second foldable phone scam that promises you a Galaxy Fold replica for just $400. This company already did it once earlier this year, with a different Escobar-branded clone, but it’s taking things to a whole new level with this blatant ripoff.

There’s already a preorder page for the Escobar Fold 2 product, which says this $399 device is the “real Samsung killer phone.” A look at the press renders used is enough to tell you we’re looking at a Galaxy Fold 2 ripoff. And boy, did Pablo Escobar’s sad brother make the wrong choice!

The $2,000 Galaxy Fold should be avoided at all costs, especially now that a more exciting Galaxy Z Flip foldable is about to launch, considering how fragile the phone might be. At $400, a Galaxy Fold replica is an even worse investment, assuming Escobar ships it to you.

This shady company says the phone packs the same specs as the original Galaxy Fold, and that the phone is assembled in Hong Kong after being designed in the US. Apparently, it’s all being built with parts made in China. But “the Escobar Fold 2 is featuring unique technology and design,” the press release reads. If any of this is real, Samsung will not be happy about any of this.

“My goal is to become the overstock kingpin of electronical devices this year. All these factories simply have too much technology laying around, nobody is buying anything in China from secondary factories. We cut the prices and give clients direct discounts under the Escobar brand umbrella.” Pablo Escobar’s brother’s statement reads.

Again, you can preorder this Galaxy Fold clone right now, but you shouldn’t do it. Have your fun with the listing, if you’re into tech and gadgets, and then forget it existed.