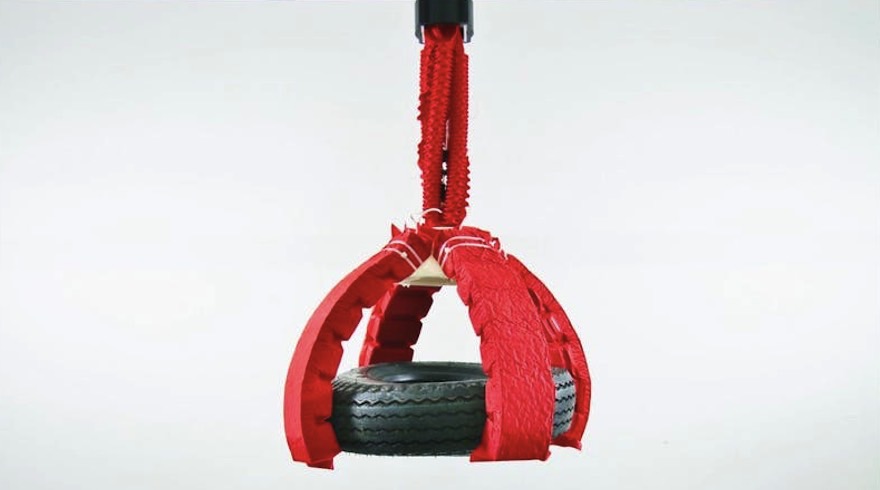 Soft robots that look like complex Origami structures could one day be used in a variety of fields for all sorts of different tasks, including lifting or moving heavy objects. These artificial muscles would only need air or some type of fluid to perform movements. They can be made of various materials as long as these elements are folded in specific patterns, and then immersed in a liquid inside a special layer of skin.

Applying a vacuum to the inside of the structures initiates the movement. Skin collapses over the robot’s skeleton and generates motion that can be used to lift objects up to 1,000 times a robot’s own weight. What’s remarkable is that no additional force or is needed, nor is a power source. The special Origami design and structure of the muscle are what powers the movement.

“We were very surprised by how strong the actuators [aka, “muscles”] were. We expected they’d have a higher maximum functional weight than ordinary soft robots, but we didn’t expect a thousand-fold increase. It’s like giving these robots superpowers,” the researchers explained.

How strong is that? Well, “a 2.6-gram muscle can lift a 3-kilogram object, which is the equivalent of a mallard duck lifting a car,” Wyss explains. The bigger the muscle, the more weight it can lift.

Different designs will allow different kinds of movement, and these artificial muscles can be made of various materials. The Origami muscles can be used in various different devices, including miniature surgical devices, wearable robotic exoskeletons, and large deployable structures that can be used for space exploration. The following video shows the invention in action.