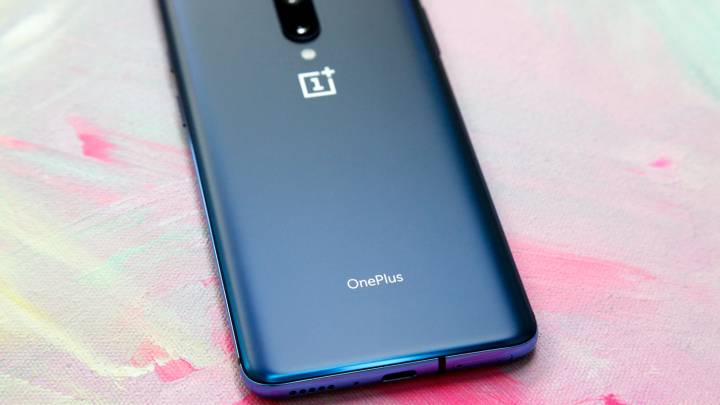 How would you feel if you got a random push notification one morning that just read “Hahahahaha”?

For a number of OnePlus 7 Pro users on Monday, that wasn’t a hypothetical question. Some of them got spammed with what OnePlus acknowledged was the result of a botched internal test that led to some global users reporting some bizarre push notifications on their devices.

Some of them, for example, were greeted with a string of characters in Chinese that translates to “Hahahahaha” in English. Others got a series of Latin alphabet characters. Both of which understandably caused some users to freak out, wondering if they (or OnePlus) had been hacked.

Did @oneplus just get hacked? What's up with these push notifications? Anyone else? pic.twitter.com/0Kox7AKosd

OnePlus, which unveiled the OnePlus 7 Pro in May as the priciest handset from the company to date, said the errant push notifications were the result of testing for an Android Q update. The company also sent out a message apologizing for the error and pinning it on work done during the internal test:

During an internal test, our OxygenOS team accidentally sent out a global push notification to some OnePlus 7 Pro owners. We would like to apologize for any difficulties, and assure you that our team is currently investigating the error. We’ll share more information soon.

OnePlus also followed up with a statement assuring users that this was a harmless result of a test and that the “incident does not indicate any risks for your personal data.” Everyone got a good laugh — how could you not, when you get a notification out of the blue that’s just laughing at you? — and it also calls to mind another mishap involving a gadget appearing to laugh at its users.

At one point, you may recall, some Amazon Echo users were reporting that the device’s digital assistant Alexa seemed to be audibly laughing at them, for no reason. There was a reason, Amazon eventually countered. In some rare instances, Alexa reportedly easily mistook some words and phrases for the command “Alexa, laugh” — a problem that’s now been fixed.