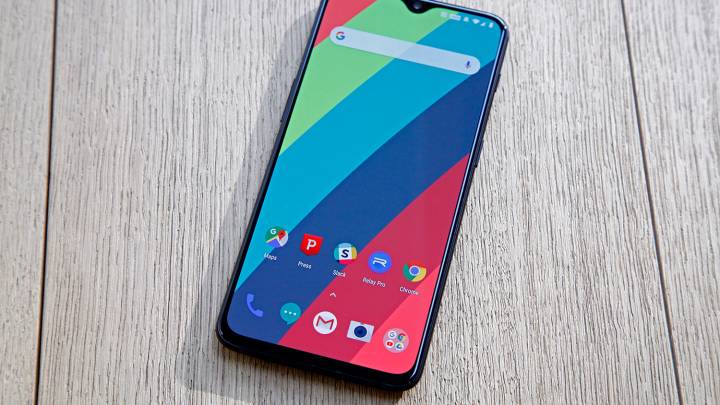 Earlier this week, we learned that OnePlus will announce a special edition version of the OnePlus 6T, a phone that will have Mclaren branding. OnePlus didn’t say as much, but it did tease a Mclaren-related announcement for December 11th. At the time, we speculated that the Mclaren phone would be a maxed out OnePlus 6T sporting Mclaren branding and colors. We still don’t have an image of this special edition handset, but a new report suggests we were slightly wrong about the Mclaren 6T’s specs.

Top Cyber Week Deals: 10 deals you don’t want to miss on Saturday: Early Prime Day blowout, $50 off AirPods Max, $20 Blink Mini cam, moreAirPods Pro are back in stock at Amazon after selling out – and they’re $52 off5 best Amazon Prime Day deals you can already get today

The phone will have even more RAM than the best OnePlus 6T handset that money can buy right now. Instead of 8GB, the Mclaren phone will rock 10GB of RAM, MySmartPrice has learned.

So far, the only smartphones featuring 10GB of RAM come from Xiaomi, although Samsung is rumored next year to launch a premium Galaxy S10 version with 12GB of memory.

Until then, you’ll be able to buy a OnePlus 6T Mclaren edition in stores, starting with London, and then India, according to the same report. OnePlus phones with 8GB of RAM are already much faster than many of their counterparts, so the extra 2GB of memory should make them even speedier. After all, the McLaren event is all about “saluting the speed,” to paraphrase the OnePlus teaser:

The special edition phone will still have only 256GB of storage, matching the flash memory of the most expensive regular OnePlus 6T. That phone, the 8GB/256GB OnePlus 6T, costs $629, which means the McLaren should be even more expensive.