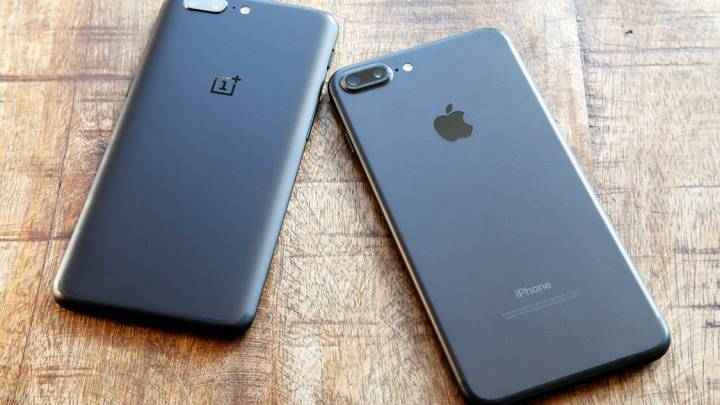 The OnePlus 5 is finally official, as is the fact that the phone looks like a high-end iPhone clone made in China. There’s no denying that OnePlus looked at the iPhone for inspiration when it comes to the OnePlus 5’s design, but also for smaller things like the user interface for the camera app. Even so, OnePlus mocked the iPhone design during its official presentation.

“On the bottom, you’ll see that we ditched the 3.5mm headphone jack,” OnePlus designer Diego Heinz said. “The elegance of the overall design is instantly heightened. And who needs a headphone jack anyways? That’s why Bluetooth exists, right? Just kidding, of course, the OnePlus 5 has a headphone jack.”

The exec didn’t specifically mention Apple, but the shot was clear.

Apple killed the traditional headphone jack last year, but it wasn’t the only smartphone maker to do so. Yet, it’s just Apple’s decision to ditch an old piece of tech that’s still criticized by rivals.

OnePlus’s decision to join the camp of vocal critics is especially ironic considering that the OnePlus 5 looks too much like Apple’s latest iPhone. A report released before the phone was unveiled revealed that there were several prototypes for the OnePlus 5. Not all of them looked like the iPhone 7 Plus, but the one that was ultimately chosen was the one that did. OnePlus even told us that it tried to avoid copying Apple’s iPhone design, but ended up doing it anyway.

That said, OnePlus is no longer a startup company, but it’s also not able to really compete against Apple and Samsung. So one could easily understand both why it chose to mimic a tried and tested design for a brand new flagship, while simultaneously mocking its inspiration. But, if it’s going to go this way, perhaps its time for OnePlus to ditch its “Never Settle” mantra because the OnePlus 5 comes with plenty of settlements. It’s a lot easier to do than ditching the headphone jack.

Check out OnePlus’s fun at the expense of Apple in the following video.