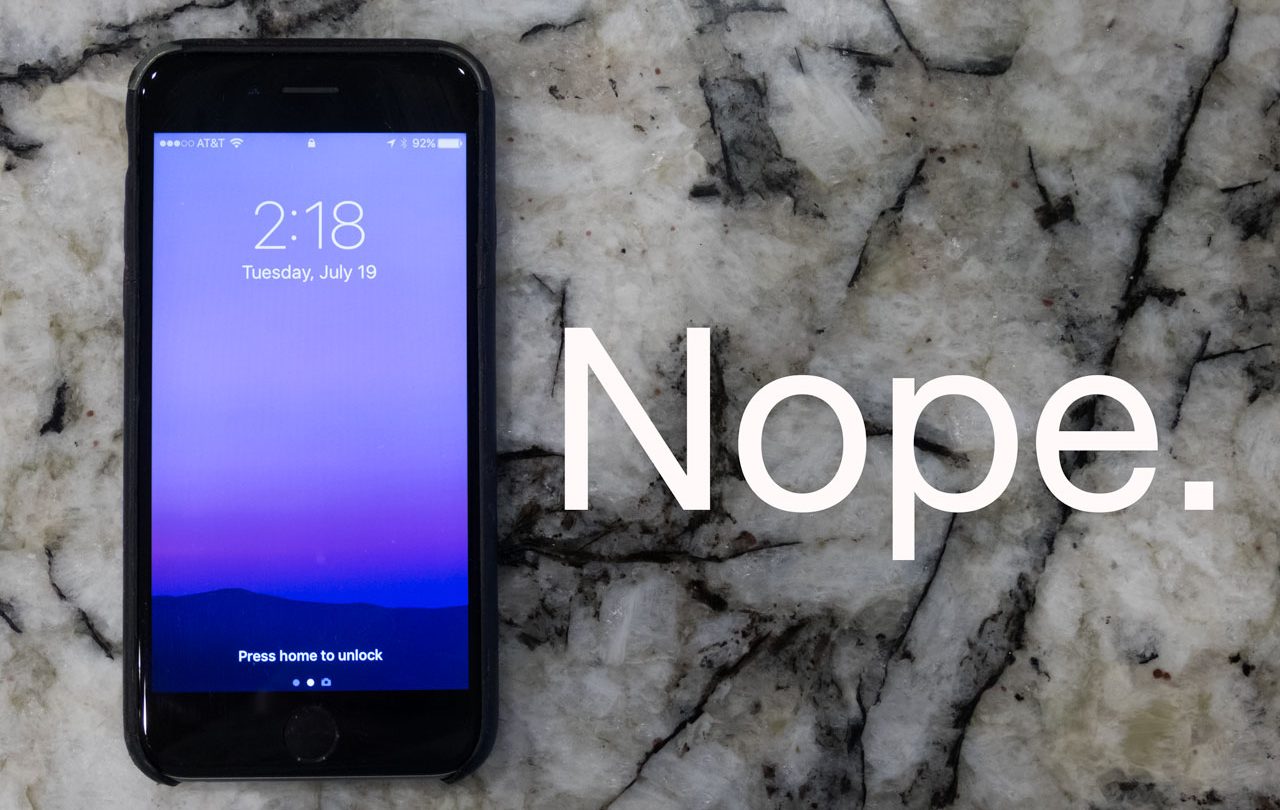 Are you thinking about upgrading to the latest and greatest smartphone this summer? Don’t. Thanks to the endless cycle of consumerism we call “life,” there is always a good and a bad time to buy a new smartphone. This is the latter.

DON’T MISS: How to install iOS 10 beta 3 on your iPhone or iPad without a developer account

True, there’s never really a perfect time to buy a new device. Something better and faster and prettier and cheaper is always just around the corner, but it’s particularly bad right now.

Let’s talk about iPhones first. Rumors are rampant about the soon-t0-be-released iPhone, which will probably be out in September. According to a bunch of well-sourced reports in big publications, the iPhone 7 (or whatever it’s called) will feature only incremental upgrades. The shell will look mostly the same, and the camera and processor inside might be getting small spec bumps.

Really, the only difference you’re likely to see is the lack of a headphone jack. It’s looking increasingly likely that Apple’s next iPhone will ditch the 3.5mm jack that’s been the standard on smartphones for over a decade, forcing you to use Bluetooth headphones or buy new headphones with a Lightning jack.

(Or, you could use a dongle, but dongles are dumb.)

How big of a deal this is depends on who you are, and how you use your phone. I’m personally of the opinion that sacrificing the headphone jack for higher-quality audio and more battery life is a good trade-off, but I also use my headphone jack very infrequently.

Regardless of where you stand on HeadphoneJackGate though, I can tell you one thing: you’ll be better off if you’re not on the bleeding edge of it. Assuming that the world switches over to digital audio, it will take a little time to make the transition. If you hold off on getting a headphone-jack-less phone for a year, then when you do finally make the leap, there will be a whole selection of excellent headphones for you to choose from, not just one crummy pair of Apple EarPods and a bunch of Beats.

Tell me you don’t want that in your life

Headphones aside, the iPhone 7 still looks like a crummy buy. Rumors indicate that next year, for the 10 year anniversary of the iPhone, Apple will be rolling out an all-new design with an OLED screen. Even if we don’t know all the details yet, it sure as hell sounds like it’s worth waiting for.

That wait, incidentally, is not as bad as it used to be. If you’re using an iPhone 6 or 6s right now (or even an older 5s), your phone won’t have slowed down substantially. The gap between a 5s and the 7 won’t be nearly as big as the gap between, say, a 4s and a 6.

Both will run apps at speed, take great photos and generally do everything you need a phone to do. The differences are pretty small: no Apple Pay, no always-on Siri, smaller screen. If those things will make your life immeasurably better, well, you should probably sit down and think about your priorities.

If you absolutely have to buy a new phone right now — say, you threw your phone at the sidewalk in a fit of Trump-induced rage — can I suggest buying an excellent iPhone SE for $200, keeping it in a bulletproof case, and reselling it in a year’s time for 2/3rds of the value and buying the 2017 UberiPhone then?

But hey! What if you’re an Apple-hating Android lover who’s thinking about upgrading? Again: just hang in there a bit. There’s a bunch of excellent new Android phones on the market right now, sure. But changes are coming.

Firstly, there are new Nexus phones made by HTC in the works, and they look damn good. Expectations are for the two new devices, codenamed Marlin and Sailfish, to launch in September or October this year. Nexus phones traditionally offer fantastic performance at a low price, not to mention the ability to use Google’s own Google Fi cellular network.

More importantly (and this is the big one), devices launched later this year are expected to work with Google’s Daydream VR platform. Daydream is Google’s big play into the world of VR, using high-powered smartphones with a dedicated VR headset to view VR content. On the software and content side, everything is powered by Google, which should make it a formidable competitor to the likes of Samsung’s VR headset, and even the Oculus Rift.

By buying a non-Daydream-compatible handset like a Galaxy S7 right now, you’re ruling yourself out of a fantastic VR platform for years to come. Delay your purchase for a couple months, and quality VR could be an included extra.