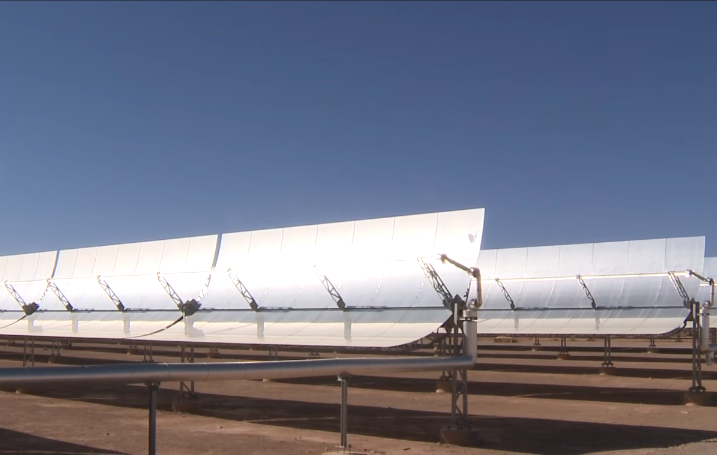 Solar power obviously isn’t the solution for every place on Earth, but for regions that largely consist of arid deserts it can deliver a lot of juice. Such is the case with the Noor Concentrated Solar Power that just switched on in Morocco and that is projected to produce enough power to meet the needs of 1.1 million people by 2018.

FROM EARLIER: The simplest way to improve your iPhone’s battery performance by 15%

The complex uses concentrating solar power that can be stored for future use on nights and cloudy days. Right now it has an installed capacity of 160 megawatts (MW) but in two years it’s expected to have its capacity expanded to over 500 MW. Climate Investment Funds estimates that “the plant will reduce carbon emissions by 760,000 tons per year, which could result in an estimated reduction of over 17.5 million tons of carbon emissions over 25 years.”

This is an important development for Morocco since right now 97% of the country’s energy comes from imported fossil fuels. With access to Sahara Desert in the southern part of the country, it makes sense for Morocco to take advantage of that large, sunny space to build the world’s biggest solar power plant yet. The country’s goal is to have 42% of its energy come from renewable resources by 2020.

To learn more about this massive new solar plant, check out the video produced by Climate Investment Funds below.