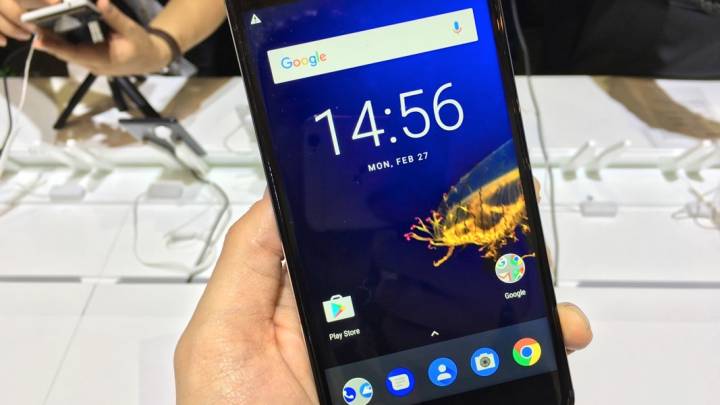 Back in February, we got our hands on HMD Global’s first Android-based Nokia smartphones at MWC 2017. We were pleasantly surprised by the quality of the phones, and now, months later, HMD has finally announced a price and release window for the most impressive phone of the bunch: the Nokia 6.

On Monday, HMD revealed that the Nokia 6 will launch in the US in early July for $229. The midrange flagship features a 5.5-inch, Full HD display, Qualcomm Snapdragon 430 processor, 3GB of RAM, 32GB of storage, microSD support (up to 128GB), 16-megapixel rear camera, 8-megapixel front-facing camera, NFC support, fingerprint sensor, Dolby Atmos sound and Android 7.1.1 Nougat under the hood.

Unlike Nokia’s previous attempts to make an Android phone, the Nokia 6 runs a pure version of the mobile operating system, which means that updates should arrive more quickly.

While its specs won’t stand up against the Samsung Galaxy S8, the HTC U11 or the OnePlus 5, the Nokia 6 does feature an aluminum unibody that gives it the look and feel of a premium device. Plus, at $229, it’s a fraction of the price of a flagship smartphone from a bigger brand.

The Nokia 6 will be available exclusively on Amazon next month in two color options: Matte Black and Silver. Later this summer, HMD Global will add Tempered Blue and Copper options to the lineup as well. The Nokia 6 only offers full 4G LTE support to T-Mobile customers, while AT&T will have partial support. Verizon and Sprint subscribers are completely out of luck.