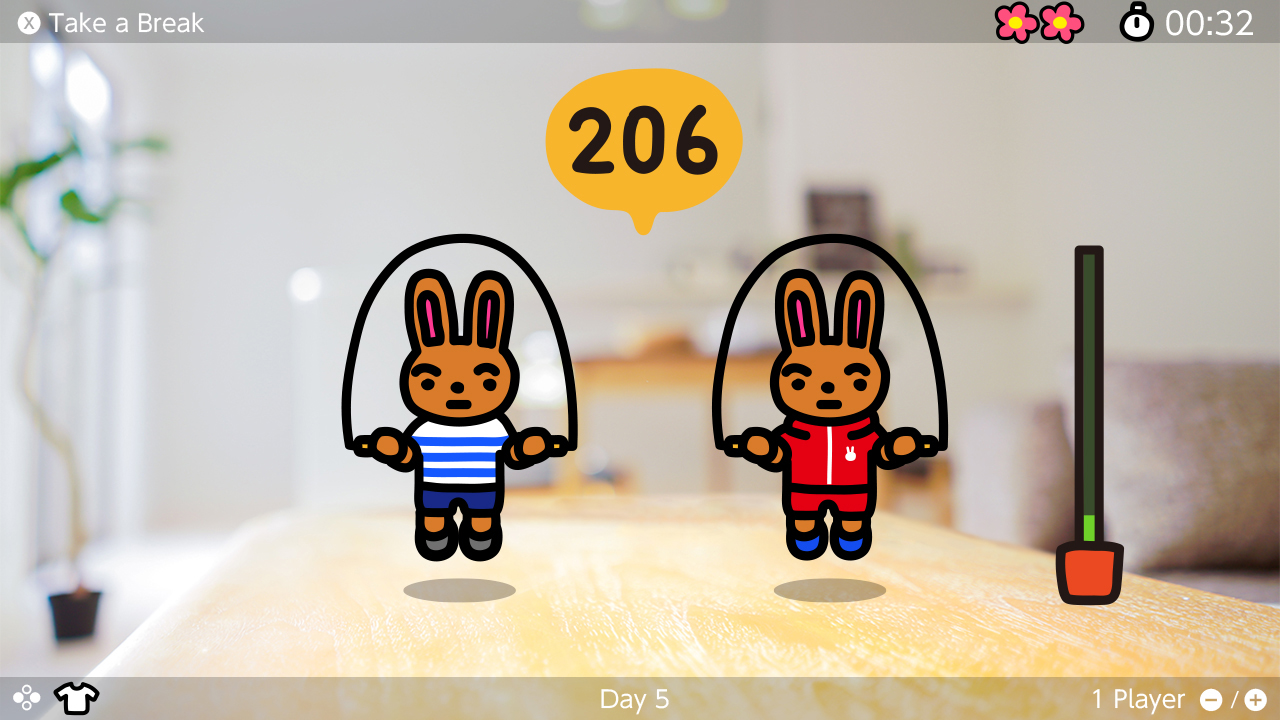 Self-quarantining to keep ourselves and others safe from the novel coronavirus has presented countless challenges that many of us weren’t prepared to face. Personally, one I’ve struggled with the most is trying to stay in shape. Ring Fit Adventure for the Nintendo Switch has been a useful tool while stuck inside, but if you’ve made an attempt to buy the game over the last three months, you know that it’s been virtually impossible to find. Thankfully, there’s another fitness-focused game now available for the Switch, and, best of all, it’s completely free.

This week, Nintendo quietly launched a game called Jump Rope Challenge, which is exactly what it sounds like. Your Joy-Con controllers turn into virtual jump rope handles, and you mimic jumping rope while an on-screen counter ticks up with each consecutive hop that you take. The daily challenge goal is set at 100 by default, but you can increase it in increments of 100 all the way up to 900, just in case you need a more serious challenge.

If jumping rope by yourself is bumming you out, a second player can join in with another pair of Joy-Cons as well, so you can compete with your roommate or your significant other for a high score.

Introducing #JumpRopeChallenge, a free simple game from Nintendo! Grab a pair of Joy-Con controllers and take an active break in your day by jumping rope! Available for download now on #NintendoSwitch!https://t.co/wa9gpMQYsx pic.twitter.com/YhnDAMiGD4

“This simple game was created by a few Nintendo developers while working from home in Japan to add quick and fun physical movement into their daily life,” Nintendo explained in a tweet on Tuesday.

The best thing about Jump Rope Challenge, other than the price tag, is its simplicity. Within seconds of downloading the game, I was pretending to jump rope in my bedroom, working up a bit of a sweat because of just how wildly out of shape I am. Once I hit the goal of 100 hops, I was sent back to the main menu, which is where the game keeps track of my daily numbers. If you’re desperate for something to get you moving, this should do the trick.

“For those who aren’t able to jump, or are worried about disturbing the downstairs neighbors, players can bend their knees or move their arms to play the game without creating any noise,” Nintendo notes.

With cute bunny characters, a file size of 78MB, and a $0 price tag, Jump Rope Challenge is a fun, clever distraction that might be just the kick in the pants you need to start exercising again after being stuck inside for months on end. At the very least, it won’t cost you anything to download it and give it a try.