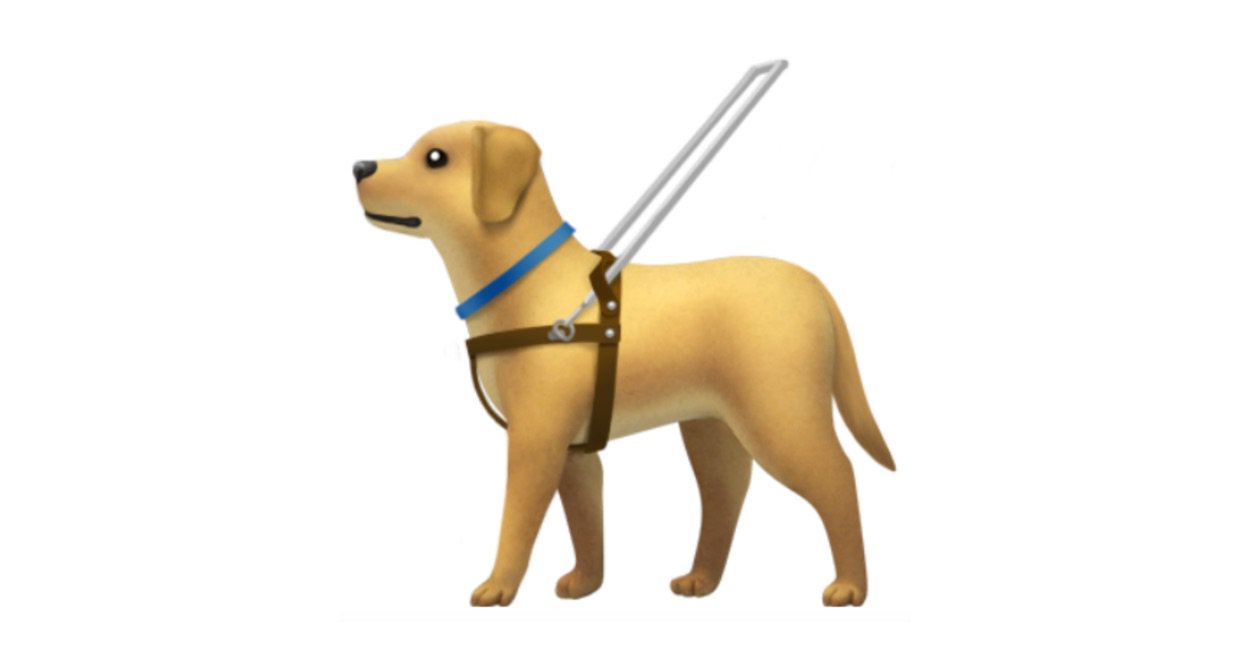 Apple has proposed a set of new emoji to the official world arbiters of tiny pictures, the Unicode Consortium. The new emoji are focused on accessibility, and include things like a guide dog, people in wheelchairs, and prosthetic limbs.

In its proposal to the Unicode Consortium, spotted by Emojipedia, Apple says that it “is requesting the addition of emoji to better represent individuals with disabilities. Currently, emoji provide a wide range of options, but may not represent the experiences of those with disabilities.”

There are 45 new emoji when considering all possible skin tones and genders in the proposal. There are two different guide dogs, including one with a vest and one with a harness for a seeing-eye dog (pictured above). There are men and women in both manual and powered wheelchairs, men and women with canes, an ear with a hearing aid, the universal deaf sign, and prosthetic arms and legs.

Apple said that the proposals were developed in collaboration with “internationally respected community organizations” such as American Council of the Blind, the Cerebral Palsy Foundation, and the National Association of the Deaf. However, it also went to pains to point out that the proposal is not “meant to be a comprehensive list of all possible depictions of disabilities, but to provide an initial starting point for greater representation for diversity within the emoji universe.”

The full set of images of new emoji are available over at Emojipedia. The Unicode Consortium will have to accept any new emoji proposals before including them in the next round of releases, and software makers will have to create imagery before releasing to the public. On that timeline, we might see the new accessibility emoji sometime next year.