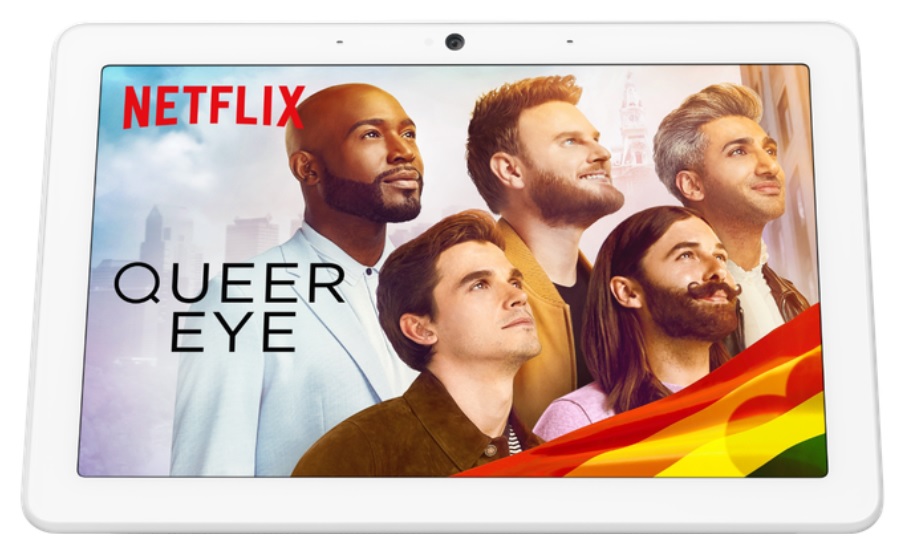 Have you ever lugged your laptop or tablet with you while you were doing the dishes or preparing a meal and wished that there was an easier way to watch Netflix in the kitchen? Well, if you happen to own a Nest Hub or Nest Hub Max, your life is about to get easier, as Netflix is now rolling out globally on Google’s smart displays.

If you want to start watching your favorite shows and movies on your Nest Hub, all you have to do is link your Netflix account in the Google Home app or the Google Assistant app and you can start streaming content right away. If you want to watch something specific, say “Hey Google, play Ozark.” And if you’d rather spend your entire dinner prep scrolling through lists, you can say “Hey Google, open Netflix” to go to the front page of the app.

Once you’ve started playing a show or movie, you can pause, rewind, or fast forward with voice commands as well if your hands are wet or covered in flour. You can also use Quick Gestures on the Hub Max to pause or play content by simply looking at the smart display and raising your hand in front of the camera.

Finally, Google also announced that Peacock is the latest streaming service that can be cast to the Nest Hub and the Hub Max, joining Netflix, Disney+, , Showtime, and “thousands of other apps that have mobile cast support by opening the streaming service’s mobile app and tapping the Cast icon.”

If you were looking for a reason to buy a smart display, maybe this will be enough to put you over the edge. With its camera, Nest Hub Max is also capable of making video calls, and just last month, Google added group video calls in Duo and Google Meet. Make a group in the Duo app on your mobile device, say “Hey Google, make a group call” to your Hub Max, and tap the group you want to call. You can also say “Hey Google, start a meeting” or “Hey Google, join a meeting” to connect with up to 100 people on Google Meet.

From group video calls to the full Netflix library, Google’s Nest Hub smart displays are starting to look like pretty solid quarantine companions, especially compared to Amazon’s Echo Show and Facebook’s Portal, neither of which have access to Netflix yet (though it’s addition does seem inevitable at this point).