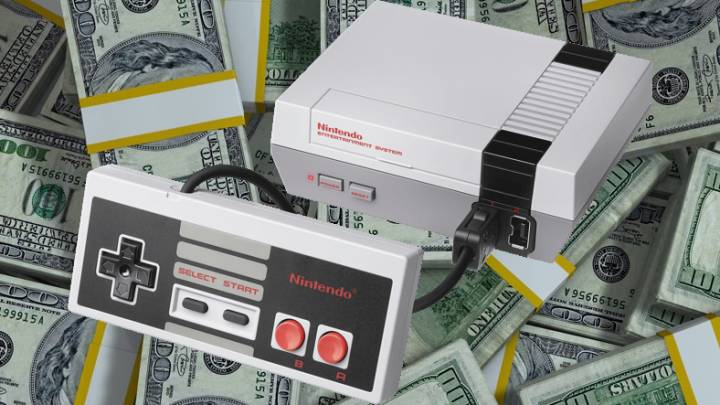 The NES Classic Edition has been an instant hit for Nintendo. You probably could’ve guessed that a $60 console preloaded with a bunch of retro games would be cannon fodder for the Instagram gamers of this world, but no-one predicted the supply shortages Nintendo has faced.

The difficulty in getting consoles from stores has pushed many people onto eBay, and made the online marketplace the best (if most expensive) place to buy the Classic. But despite that, data from eBay shows that traditional, boring, non-hipster games consoles killed the NES Classic Edition over Thanksgiving.

Data provided to Polygon from eBay showed that the PlayStation 4 was selling at a rate of one every 20 seconds during Black Friday, and the Xbox One was selling one a minute. The NES Classic Edition was selling much slower, at one every two minutes.

Those numbers look even worse when you remember that the bulk of PlayStation and Xbox sales will have been as-new through traditional stores or Amazon, while the NES Classic Edition is selling almost exclusively through eBay. Walmart, Best Buy and Target are mostly out of the Classic Edition, with stock only showing up periodically.

Getting your hands on an NES Classic Edition is almost impossible for the RRP right now. The same eBay data shows a regular selling point of around $200 on the grey market; compared to the $60 retail price, that’s a huge markup, and puts the Classic in the same league as the PS4 or Xbox One.

Nintendo’s statement on Classic Edition availability has remained unchanged. The company says that “The Nintendo Entertainment System: NES Classic Edition system is a hot item, and we are working hard to keep up with consumer demand. There will be a steady flow of additional systems through the holiday shopping season and into the new year. Please contact your local retailers to check product availability.”

Walmart and Target have seen a slow but steady trickle of stock coming in, and those stores appear to be your best bet. Walmart has flash sales going on at 5PM EST on days when they have fresh stock come in, so it’s worth checking that every day to see if you’ll get lucky.

Otherwise, constantly stalking Target for new stock has paid off for some buyers. Using a stock-checking tool, you can see if inventory comes in overnight, and then go camp outside the store before opening time to get your hands on a console.